Maha Akl’s Hudhud is a hybrid style of two calligraphic references, Maghribi and Naskh. The Maghribi influence can be seen in its playfulness and roundness, while the Naskh informs the construction and proportions of letterforms. There is a fluidity of movement that is very appealing in this typeface. The low contrast and openness of forms helped to create the contemporary feel. Both of these design features capture a sense of joie de vivre, and a light and pleasant atmosphere in spite of the boldness of weight.

Hudhud is such a happy design — one that will lend itself to a variety of design applications, particularly book covers and posters, and perhaps logos, too. The Arabic script is fortunate to have many calligraphic styles that flourish with an abundance of elegant movements and flowing rhythms. Typefaces that can channel this energy bring forth new forms of typographic expression that add flavor and value to current offerings. Hudhud is a prime example of such a design. Let’s hope that many more are to come!

Note: Part of this review first appeared in TYPEONE Magazine.

Dr. Nadine Chahine is a Lebanese type designer and principal at ArabicType Ltd. She has an MA in Typeface Design from the University of Reading, UK, and a PhD from Leiden University, the Netherlands. She has won numerous awards, including two Awards for Excellence in Type Design from the Type Directors Club in New York in 2008 and 2011. Her typefaces include: Frutiger Arabic, Neue Helvetica Arabic, Univers Next Arabic, Palatino Arabic, and Koufiya. Chahine’s work has been featured in the 5th edition of Megg’s History of Graphic Design, and in 2012 she was selected by Fast Company as one of its 100 Most Creative People in Business. In 2016, her work was showcased in the 4th edition of First Choice, which highlights the work of the 250 top global designers. Nadine was selected by Creative Review to their Creative Leaders 50 in 2017. 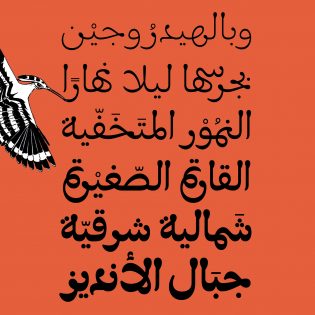 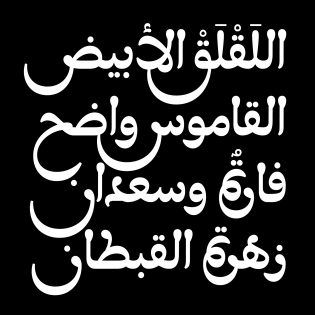 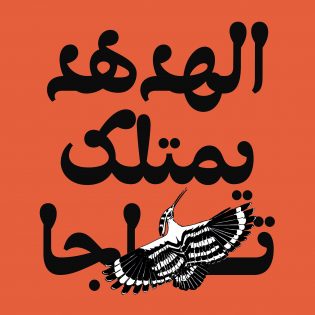 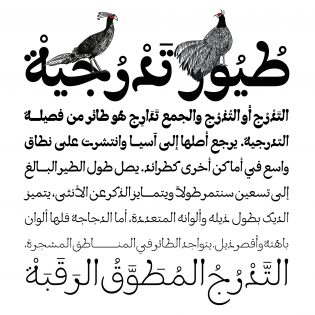