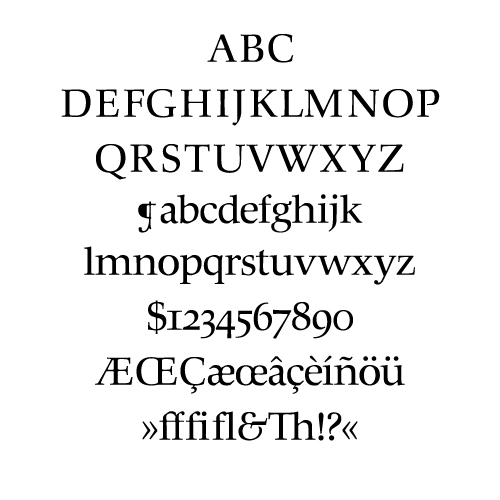 Hunt Roman is a unique typeface. Resulting from a private commission, it was designed in a single weight and cut in steel in only four sizes for hand composition. As it did not have to be adapted to any of the popular type setting machines of the early sixties, its designer was free from technical limitations and marketability. Hermann Zapf wanted to design “a type of our time”. In fact, Hunt Roman was ahead of its time.

Between 1961 and 1962 legendary German type designer Hermann Zapf designed Hunt Roman as a display face exclusively for the world-renowned Hunt Botanical Library (Hunt Institute for Botanical Documentation since 1971), situated on campus of the Carnegie Institute of Technology (today: Carnegie Mellon University) in Pittsburgh, Pennsylvania, to accompany their text face Spectrum. The punch-cutting and casting of the letters was executed by Arthur Ritzel at the D. Stempel AG in Frankfurt am Main, where it was known by its provisional title Z-Antiqua until the fonts left the assembly line. This private commission was only made possible through the Californian master printer Jack Werner Stauffacher, then typography professor at Carnegie, for it was he who brought Hermann Zapf and Rachel McMasters Miller Hunt, founder of the botanical library, together.

In the early 1960s, the last years of the metal type era, the manufacture of fonts for private use was extremely expensive and therefore incredibly rare. Viewed in this context Hunt Roman can be considered a prototype for exclusive typefaces, designed for one specific purpose, as opposed to the universally applicable typefaces of the time, such as Adrian Frutiger’s Univers or Max Miedinger’s Helvetica.

The friendship between Jack Stauffacher and Hermann Zapf is the foundation for the development of this typeface. Its character and final appearance came into being through the lively exchange of the two men. They had explored different shapes and studied multiple historical forms before they agreed to create a typeface that would bear characteristics of the transitional style. Hunt Roman captures oldstyle features such as bracketed serifs and an angled axis on some of the lowercase letters. At the same time it anticipates the greater stroke contrast introduced in the rational style. There is a precedent for these characteristics in other transitional typefaces, but Zapf made a point not to adopt any details from historical examples.

A significant feature is the large x-height, rare at the time and usually applied to typefaces to be read at smaller sizes, for example in newspapers. Even though all letters have very narrow side bearings, making words appear tightly set in regular body text (especially in the smaller sizes), the characters are quite wide and a line of Hunt Roman type can take up a lot of space in a column. In “Hunt Roman: The Birth of a Type”, a sort of specimen book designed and produced by Stauffacher, there are no kerned letters and few ligatures were necessary to support legibility.

Latin diphthongs ‘æ’ and ‘œ’ were specifically produced to set names of the binomial nomenclature system (which uses Latin grammatical forms). Furthermore a number of accents were needed to support several European languages, mostly to set the names of French and German botanists of the 18th and 19th century. In order to reduce the manufacturing costs, Hermann Zapf developed a method that was customarily applied to capital letters; piece accents. By later casting a portion of the lowercase on a smaller body size, piece accents could be added on top to complete the rest of the metal sort height. The accent pieces only made up about a tenth of the respective point size.

An interesting detail is the missing ‘ß’ in Hunt Roman. After creating the special system to include accents and consequently covering multiple languages, Zapf left out this character that is unique and essential to the German language. Instead he designed a ‘Th’ ligature, a significant letter combination in the language in which it would be used most. While this ligature has become a standard in many fonts today, especially through OpenType, it was quite a novelty in the early 1960s.

Hunt Roman is a true Zapf face. It bears his style, especially in the uppercase letters. Like other typefaces by Hermann Zapf its origin lies in calligraphic lettering done with a broad nib pen and that is still visible in the final result. These calligraphic qualities include the intentions in Hunt Roman’s bends, and the transition of the curves into stems that become almost square-like. The flat terminal in the lowercase ‘a’ is a very significant detail of Hunt Roman and reoccurs in the ‘e’. Hunt Roman’s presence on the page maintains a human touch and at the same time exudes a classic look, lending authority to the words of its owner, the Hunt Institute.

Some have criticized Hunt Roman for its unavailability and lack of additional weights. It has been compared to several other Zapf typefaces, but only simply to show how Zapf borrowed ideas from Hunt and applied them to other designs. In “Twentieth Century Type Designers” (London 1995), core literature in typography, Sebastian Carter suggests that Berthold Comenius, ITC Zapf Book, and Marconi for Hell Digiset, all issued in 1976, “bear a close family resemblance, and made good these deficiencies”. Jerry Kelly, in “About More Alphabets” (New York, 2011), also points out that Comenius is “not too dissimilar” to Hunt Roman. While Zapf Book and Marconi only share similar contrast, perhaps Comenius is entitled to be a true member of the Hunt family. And yet there is another typeface by Hermann Zapf that has an astonishing resemblance to Hunt: Crown Roman, exclusively designed for Hallmark Cards Inc. and used for the recent book by Rick Cusick, “What Our Lettering Needs”. In a comparison between the two typefaces it is quite hard to point out the few things they don’t have in common. Nevertheless, all of the typefaces mentioned above have been designed for “cold composition” and none of them has the same overall crispness of Hunt Roman.

Fifty years after its birth Hunt Roman remains the proprietary typeface of the Hunt Institute in Pittsburgh, however a small number of individuals and presses hold a few fonts with special permission. Additionally, the School of Design at Carnegie Mellon University has fonts for academic purposes in their letterpress workshop. Throughout the years Hermann Zapf and Jack Stauffacher have expressed their hopes that Hunt Roman would never be commercially distributed. By means of its exclusiveness and unavailability Hunt Roman maintains its allure and continues to play an important part in type history. 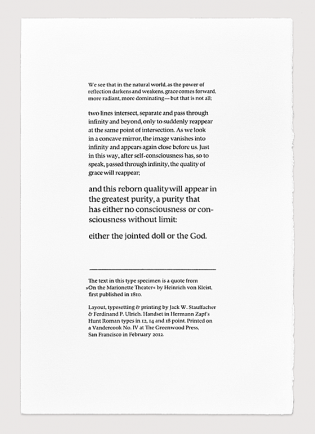 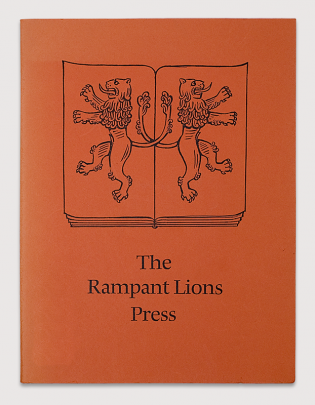 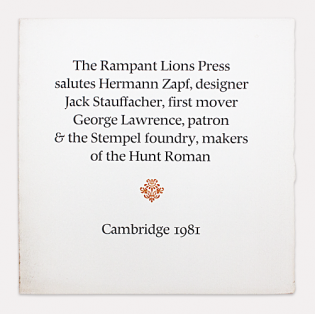 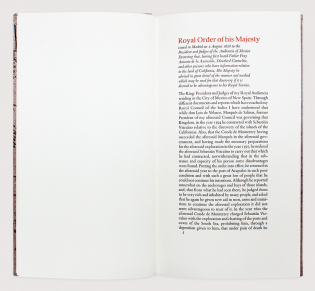 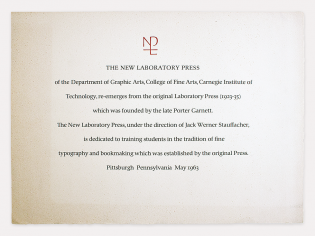 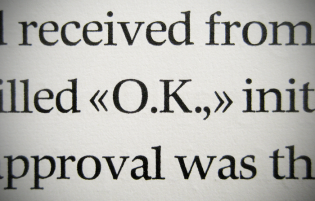 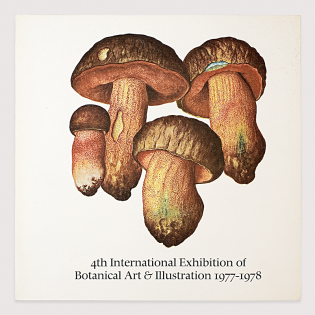 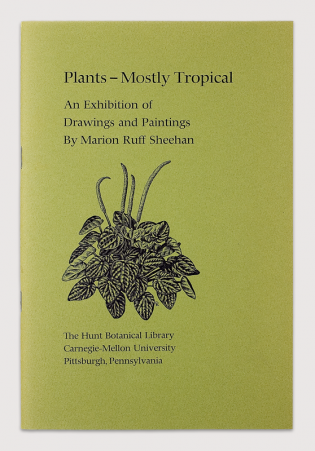 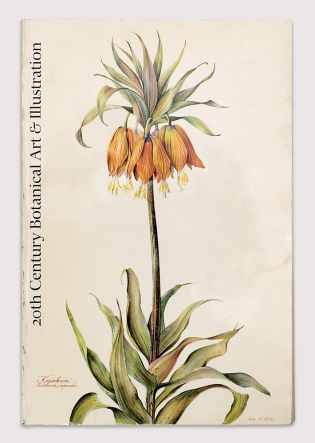 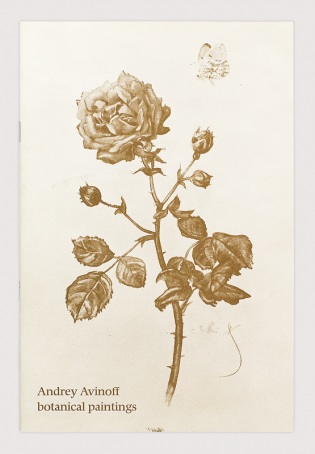