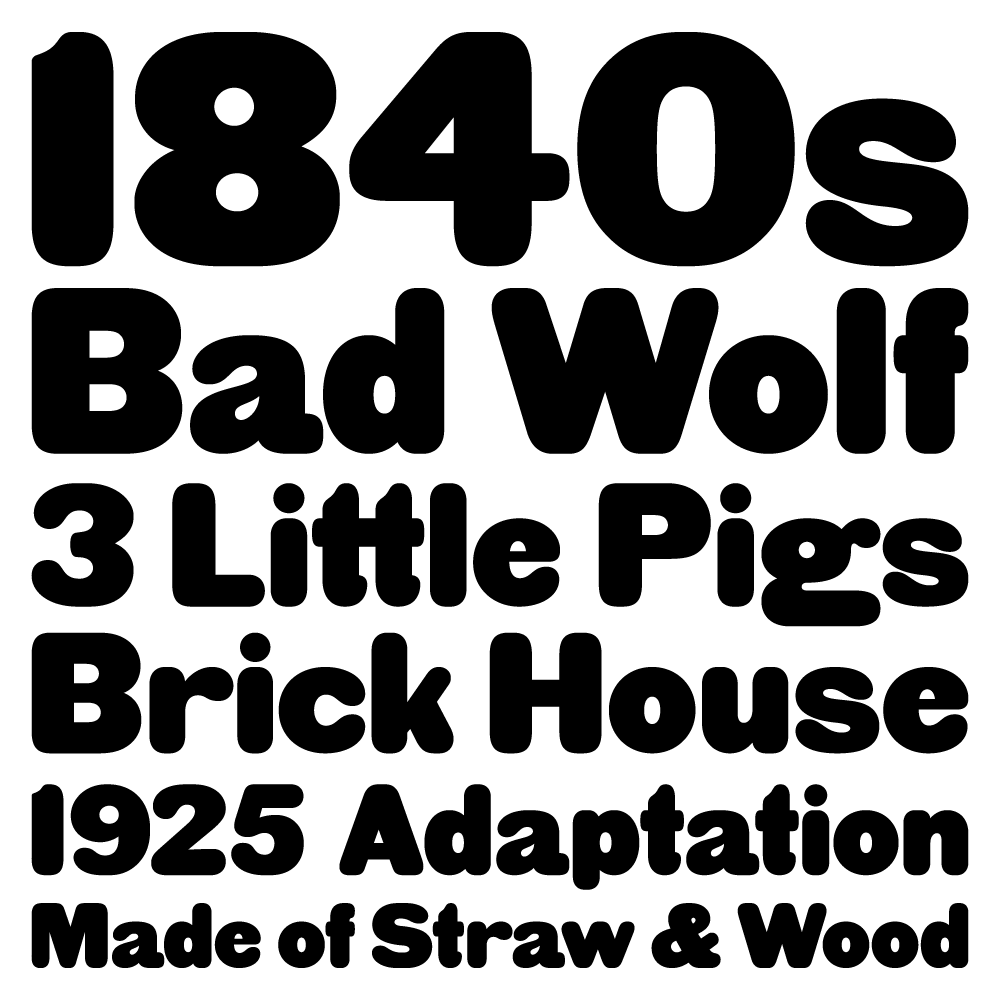 Call me crazy, call me irresponsible (you wouldn’t be the first). Okay, call me tearfully sentimental, but I just can’t help falling in love with HWT Gothic Round. Miguel Sousa’s revival of this early 19th-century wood type is rather faithful and technically thoughtful, bringing an almost-forgotten antique design into play for use by contemporary designers.

The original design, while bold and thick, is relatively cool, calm, and collected — not flashy and ostentatious as are so many wood types dragged kicking and screaming into the digital realm. This is a strong and sturdy Gothic, to be sure, but its near-voluptuous forms render it a deliciously understated mistress to the brazen headlines of bygone eras.

A bit of background: Sousa, a designer for the Adobe Type team, devoted his company sabbatical last summer to researching these smooth historic forms. He traveled across North America, hitting Chicago, Buffalo, and Toronto, among other burgs, in his quest for physical wood type and the oh-so-fragile printed specimens tucked safely away in historical archives. Sousa found a plethora of reference material on his journey, and even managed a trip to Two Rivers, Wisconsin, where he helped the Hamilton Wood Type and Printing Museum settle into its new digs after the major upheaval of an unplanned move.

Sousa’s digitization is a bit hybridized by necessity. Typographic competition in the 1800s was at a frenzy, and a host of wood type manufacturers produced their own variations on a theme, bastardizing each other’s work while adding their own quirks and anomalies to their products. According to sources divined by the Hamilton Wood Type Foundry (HWT), the earliest use of the Gothic Round form was from George Nesbitt, circa 1838, but similar models were seen in designs from Wm. H. Page Co., Heber Wells, Morgan and Wilcox, and the mighty Hamilton, to name but a few. Sousa’s revival draws mainly from the Heber Wells version in its uppercase and figures, while the difficult-to-source lowercase was inspired by photo­graphs of the Page offering.

Sousa drew new glyphs to fill out the character set, delicately smoothing out a few rough edges, but left this engaging Gothic’s charms substantially intact. Given our culture’s periodic penchant for bold rounded types, this revival feels both retro and fresh; a surprising gift from the hands that first conceived these forms nearly two centuries ago.

While HWT Gothic Round is painstakingly crafted, technically smart, and just plain fun, what I love most about it is the generous spirit behind this revival. Sousa fell in love with the Hamilton Museum, and used his time and talents, with Adobe’s blessing, to contribute to the HWT project (a partnership between P22 type foundry and the financially-troubled museum). Sousa and a growing cadre of like-minded designers (like his colleague Frank Grießhammer) are helping to support this incredible resource, which could so easily have been lost to us forever.

Although Sousa works on myriad type projects in his role at Adobe, HWT Gothic Round is his first com­mercial release. I’m looking forward to what he does next, so I can fall in love all over again.

Tamye Riggs is a writer, editor, and designer hopelessly devoted to type and other wonderful things. She writes and consults on business and marketing for select foundries and publications, and serves as Executive Director of the Association Typographique Internationale (ATypI). 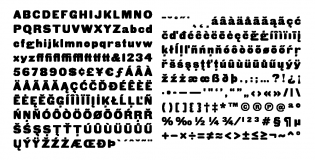