Light, regular, bold, extra bold, and black weights, often with italics. This is how we normally think of the styles in a standard type family.

Instant is a typeface that questions this convention, and I really appreciate this kind of effort. Instead of designing five weights and five italics, Jérôme Knebusch looked beyond the traditional model and made something truly original, interesting, and fun.

Based on the concept that “the quicker we write, the more oblique the writing”, Instant was designed in five styles: Vivid, Quick, Regular, Slow, and Heavy. The idea was to base the styles on speed instead of weight — an idea I find most appealing.

 The family leads with Instant Vivid, a playful, semi-italic, almost handwritten style. From there, the members change with each style, ending in a robust sans serif: Instant Heavy. 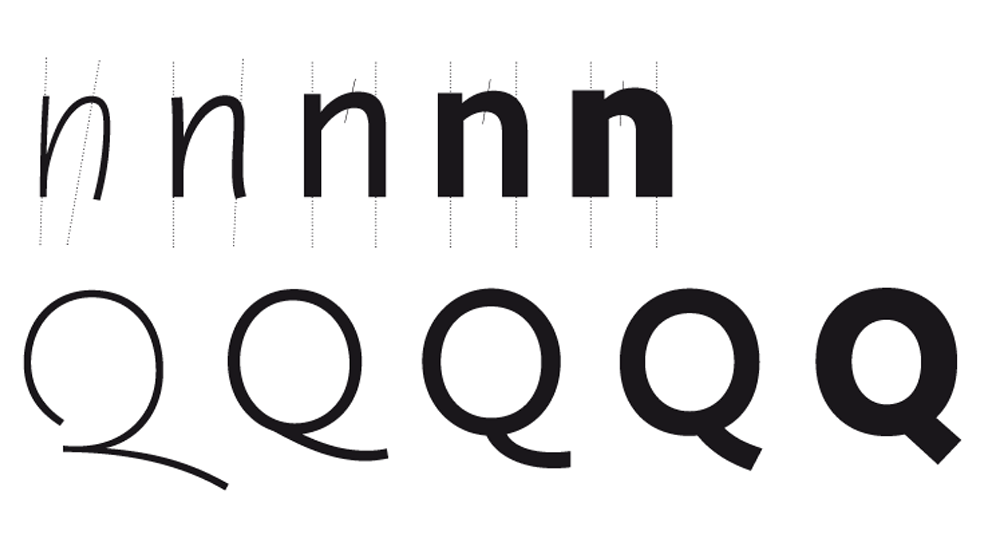 These varying styles may be combined like a traditional five-style typeface while bringing a new dimension to type composition due to their shifting details. With Instant, it’s almost like you get multiple typefaces in one.

Göran Söderström is the founder of Letters from Sweden. He has designed custom typefaces for Acne Studios, C&A, Zeta, Posten Frimärken, ATG, ICA, SEB and others. His commercial typefaces are used by the likes of Red Bull, Apple, SVT, The New Republic, Pitchfork Music Festival, Helsingborgs Dagblad and Rodeo Magazine.