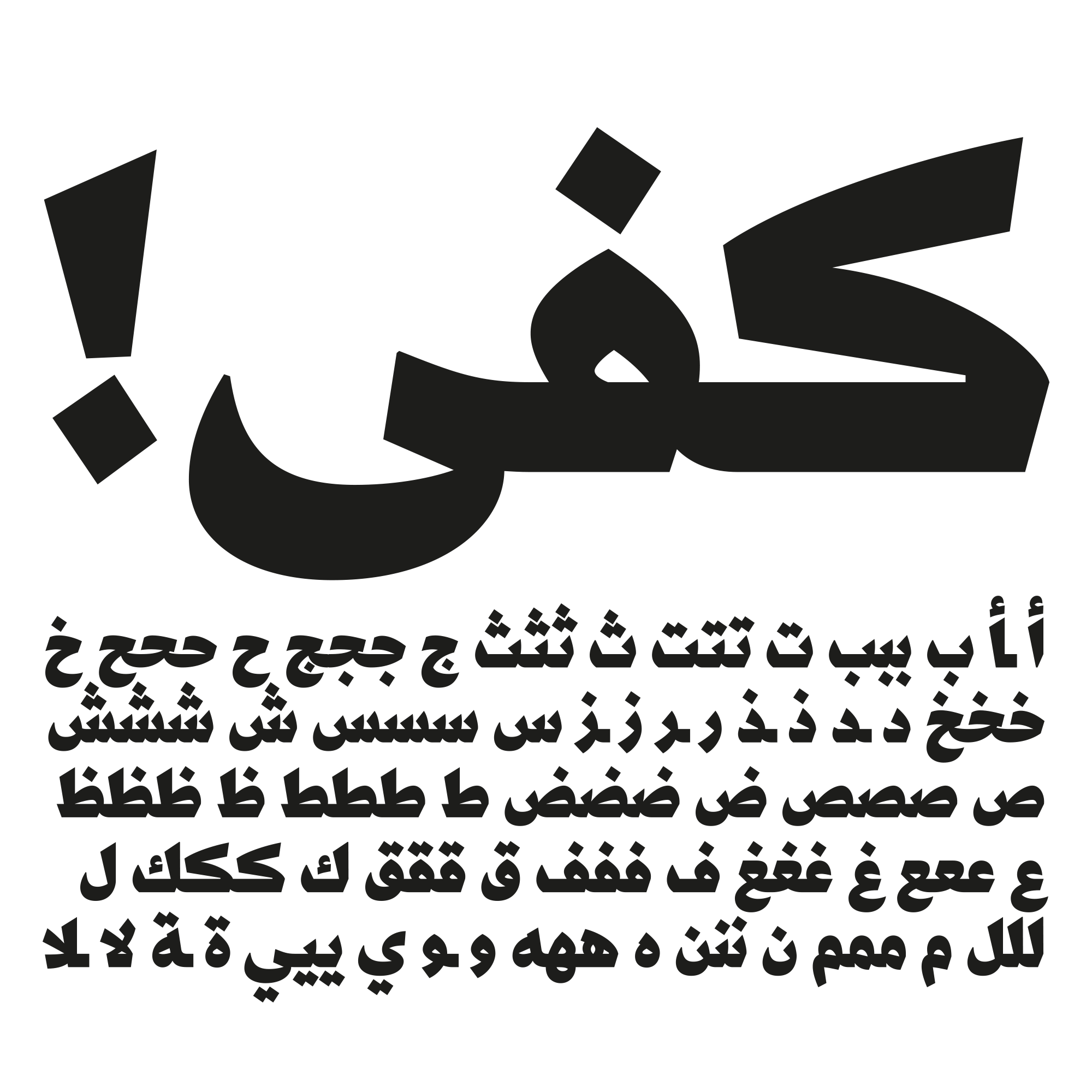 Kafa has bold letterforms and stout strokes that imply a powerful design with an inescapable visual presence.

Originally designed as a form of protest against politics of hate and xenophobia, this typeface by Nadine Chahine continues to convey its activist voice in political messages, posters, and banners in uprisings throughout the Middle East. Kafa visually disrupts and intervenes to capture readers’ attention and trigger their emotions.

Available in a single style — Black — Kafa’s flow is a unique amalgam of dynamic cursive shapes with steady horizontal and vertical strokes. The short stems, the minimum variations of descender heights, and the less variable loop and tooth heights create a sense of assertion and determination.

Of particular note is that Kafa sustains a smooth continual legibility despite its narrow counterforms, low contrast, and heavy shapes. The abrupt angular and pointed stroke endings metaphorically radiate an aggressiveness that elegantly connotes anger and frustration in its visual representation, and dovetails with Chahine’s ultimate aim. Despite these brusque formal qualities, Kafa sustains refined and consistent curves and details.

This noble design proves not only that actions speak louder than words, but also that typefaces can amplify voices of dissent and resilience.

“Ladies and gentlemen, my protest font is now ready for you to download! Please say hello to my newest typeface Kafa which is Arabic for ENOUGH: a protest font against Trump’s politics of hate and division.” — Nadine Chahine’s Kafa announcement

Chahine uses Kafa for the first time at a London protest on July 12, 2018.