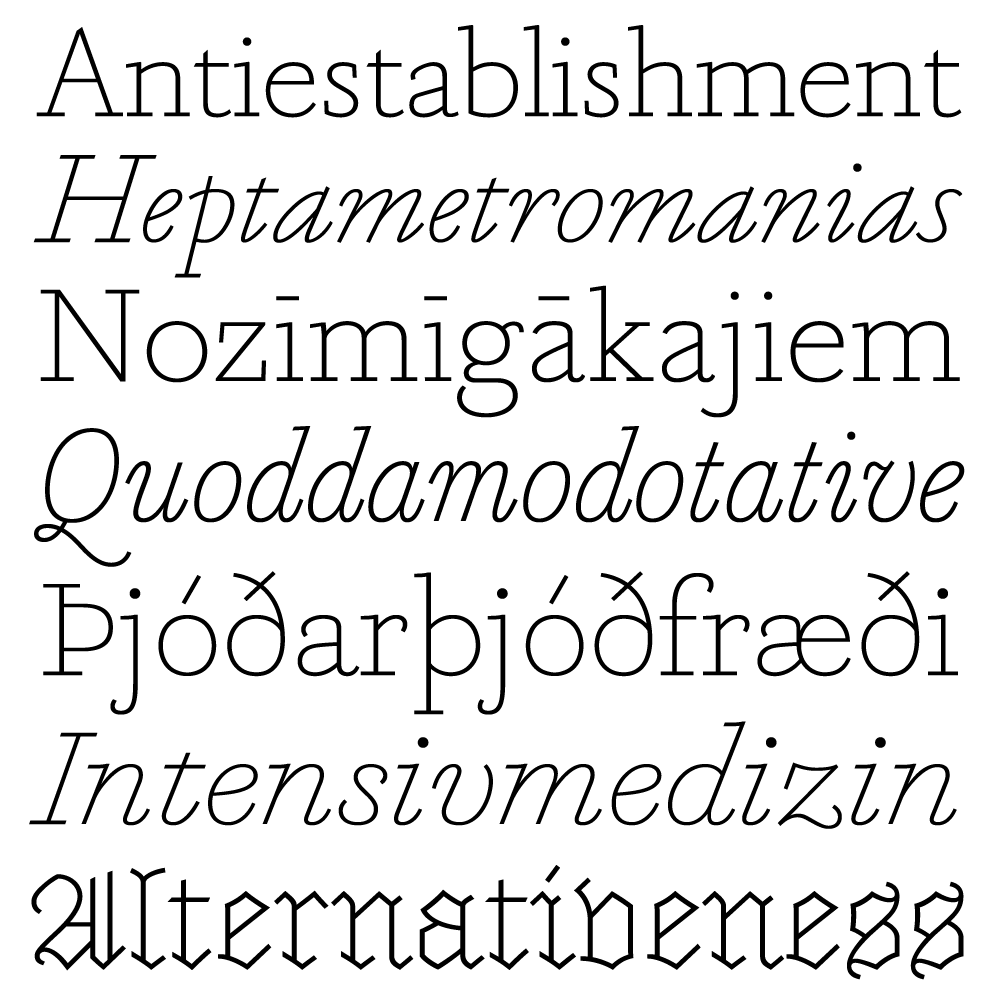 A review last year by Caren Litherland called our attention to Marian in its display form. Like oversized fossils, Paul Barnes’ Marian brought viewers together with a skeletal interpretation of some of the western world’s greatest serif type styles.

Marian Text follows that same DNA and produces a family of offspring that work just as authentically at a smaller scale but provide an even richer investigation into their form. With the introduction of typical styles found within a serif family (including roman small caps, old style figures and discretionary ligatures), and set at a scale for reading long passages of text, we see something new. A kind of blueprint emerges, unadorned by inky materials, that describes these common patterns we’ve come to know in so many classic typefaces.

Christian Palino is a designer and educator living in San Francisco. He is currently a Product Design Manager at Facebook and teaches Interaction Design at CCA. He previously worked at OpenTable, IDEO and Adaptive Path.