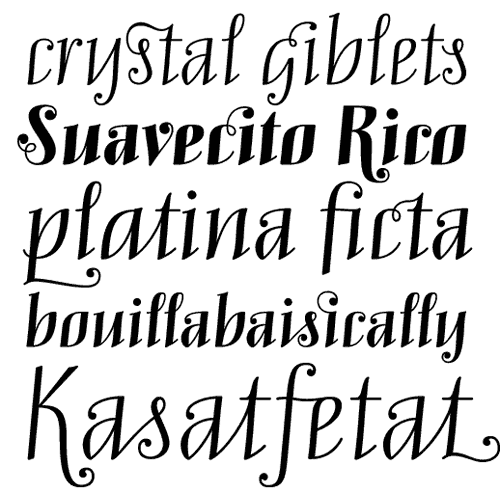 Melle Diete’s Mary Read is described by the designer as a “modern handwritten typeface,” but its mannered angularity is as consistent as some of the best typographic translations of modern calligraphy.

Dozens of swash characters, ligatures (some specifically created for beginnings- or ends-of-lines) and ornaments reinforce its handmade — but much more than “handwritten” — quality. Subtle curves, sharp contrast and fanciful curlicues give it an outgoing personality which rivals some of the best formal scripts of recent years, and make this an immensely useful script, even while its (formalized) graffiti-esque roots make it apropos for less serious work.

Joshua Lurie-Terrell is the founder of Typographica and has since moved on to successful blogging ventures like Hewn & Hammered and Urban Cartography. His days are spent as graphic designer for the California State Senate. 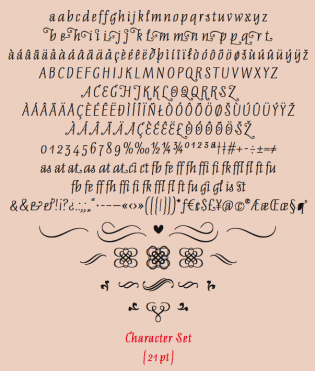