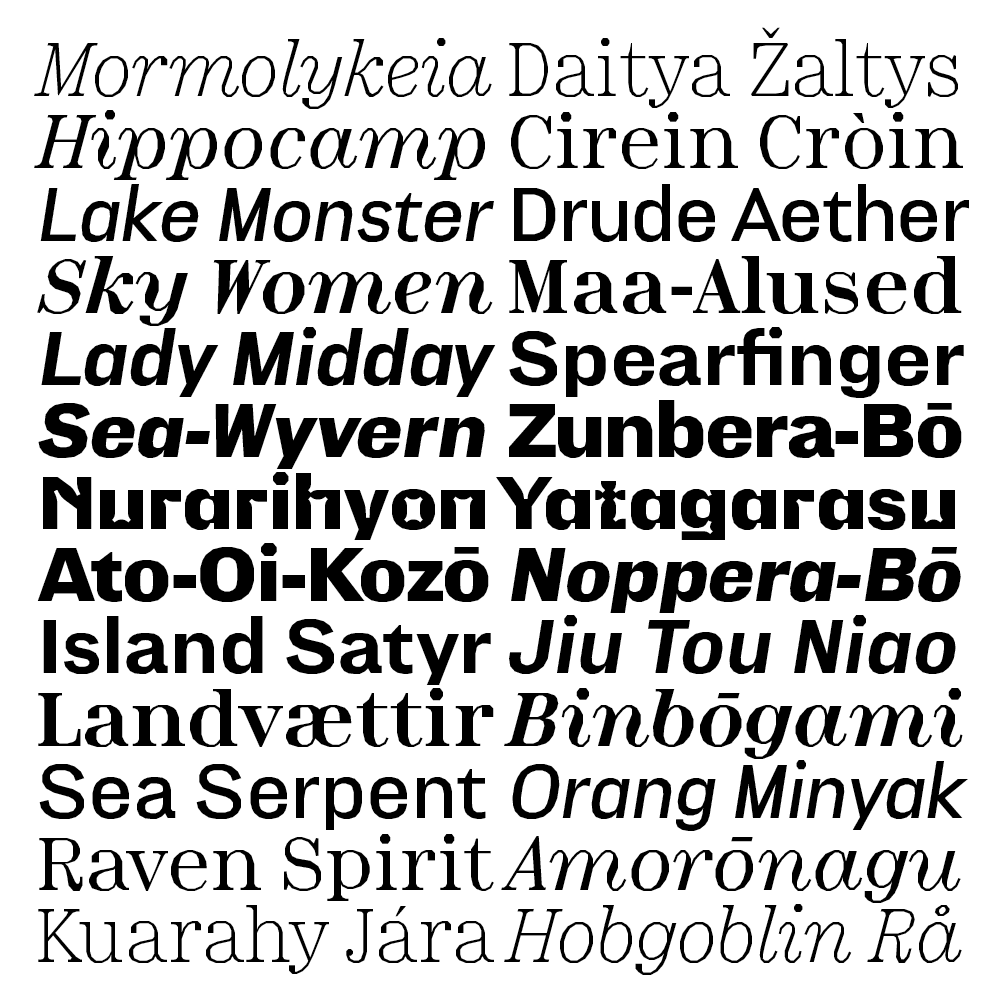 One can’t help but be impressed when one realizes that Jean-Baptiste Levée’s Paris-based type foundry Production Type hasn’t even existed for a year. Production Type has published an impressive and promising range of very different, very contemporary typefaces. One of them, Minotaur, originally developed as a custom project for a Paris art museum, is a superfamily consisting of Sans, Serif, and “Beef”.

I bought Minotaur Serif when it came out, simply because I found it intriguing and different from anything I’d ever seen. I didn’t know much about its history — at least not yet.

Writing about Minotaur is a bit harder than just buying it. I went down a deep rabbit hole of research, but it was an enjoyable journey. What follows is my analysis of the different parts involved in the Minotaur project.

When thinking about the Cold War era, a number of different images come to mind. For me, those are scenes from black-and-white movies. I think of serious people; they are smoking, talking on telephones. They are staffing a secret command central behind blast-proof gates; tape machines are spinning in the background. Fonts are not usually a part of this scenario.

Yet what Dr. A.V. Hershey was doing at the U.S. Naval Weapons Laboratory in Virginia (in exactly the time and scenario I am imagining) was creating some of the earliest digital representations of type. He made fonts! Cold War fonts.

Hershey’s “fonts” are quite simple: they are basically just lists of coordinates, which can be connected by straight lines, and then rendered using vectors on early cathode ray tube displays.

Hershey was working with the tools of his time, which likely meant operating room-sized computers on FORTRAN commands. The Hershey fonts are nothing like the digital fonts we know today. They may look crude to us, but certainly they were a remarkable achievement for their time.

Given the limitations of his tools, it is amazing how comprehensive and elaborate Hershey’s designs are. A fair number of alphabets were created, not only for Latin, but also for Greek and Japanese. A wide range of styles and variants were “drawn” too, in increasing complexity using up to three parallel lines to describe a stem. These family members included sans serif, serif (including italics and ligatures), script … even different styles of blackletter.

A Scotch Roman is a style of text face originally from Scotland, popularized in the US in the late 19th century. Some notable interpretations are Caledonia (Dwiggins, 1938), Georgia and Miller (Carter, 1993 and 1997), and Harriet (Cavanaugh, 2012). Levée references the version by New York punchcutter Bruce as an inspiration for Minotaur Serif.

Venus is (or was) a beautiful sans serif issued by the Bauer type foundry in the early 20th century. Christian Schwartz and Paul Barnes’ homage to Venus for Eye magazine is very good. Minotaur Sans is loosely based on Venus.

A Minotaur is a figure from Greek mythology; “part man part bull”, as described by Ovid. Consequently, a typeface named after such a fantastic creature should be a combination of two (not necessarily related) elements. Fortunately, a Minotaur has nothing to do with a Centaur.

Levée’s description of Minotaur mentions the challenge of referencing Cubism in typeface design. I think he found a very thoughtful solution:

What I like about Levée’s style is his extreme professionalism, paired with a healthy portion of tongue-in-cheek humor. This may be the only explanation for the existence of a third style called “Beef”.

What is Beef? Why is this font so weird? Why is it so hard to even describe it? Does Beef refer to the bull-portion of the mythical Minotaur? Does Beef mean stress? It could be both. Nobody knows, and no explanation is given.

Minotaur Beef (even more than Minotaur Serif) looks unlike anything I have ever seen before. It’s like the weird uncle nobody wants to talk about. It is bold, has huge ink traps, the shapes are sometimes squarish where a round part should be, and vice versa. 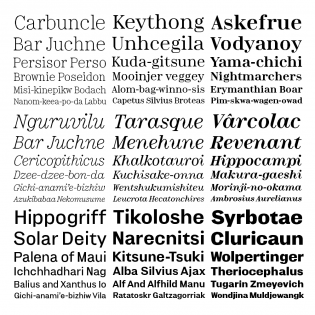 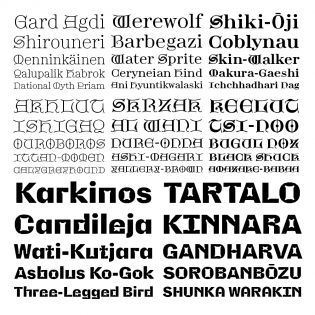 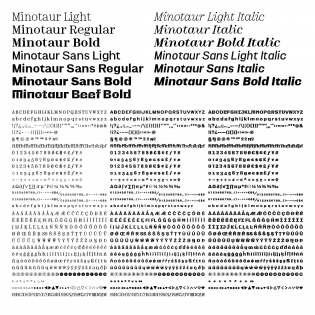 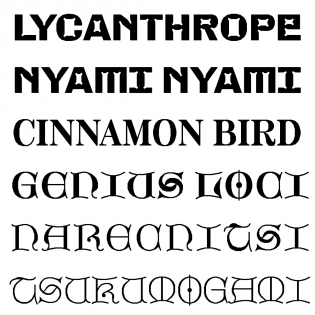