Mizan is an elegant, contemporary Naskh design that benefits from open counters and clear shapes that enhance its legibility.

Its low contrast makes it quite suitable for onscreen reading. The overall design is very pleasing, and the variety of styles promises more typographic fun still to come. The family can be used for a wide range of applications and offers a good foundation for contemporary designs.

The key to Mizan’s success is the way it combines relatively classical letterform proportions with an elegant movement of the curves. The result is a design that pays tribute to its classical heritage but is at the same time rooted in contemporary aesthetics.

Mizan also strikes a balance between aesthetics and legibility and, as such, provides a great starting point for graphic designers working with the Arabic script.

Dr. Nadine Chahine is a Lebanese type designer and principal at ArabicType Ltd. She has an MA in Typeface Design from the University of Reading, UK, and a PhD from Leiden University, the Netherlands. She has won numerous awards, including two Awards for Excellence in Type Design from the Type Directors Club in New York in 2008 and 2011. Her typefaces include: Frutiger Arabic, Neue Helvetica Arabic, Univers Next Arabic, Palatino Arabic, and Koufiya. Chahine’s work has been featured in the 5th edition of Megg’s History of Graphic Design, and in 2012 she was selected by Fast Company as one of its 100 Most Creative People in Business. In 2016, her work was showcased in the 4th edition of First Choice, which highlights the work of the 250 top global designers. Nadine was selected by Creative Review to their Creative Leaders 50 in 2017. 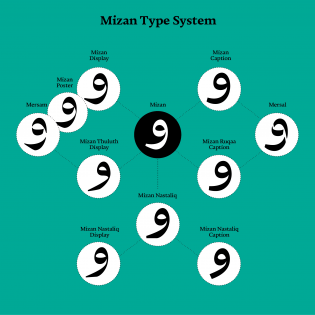 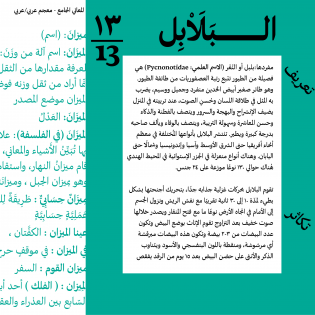