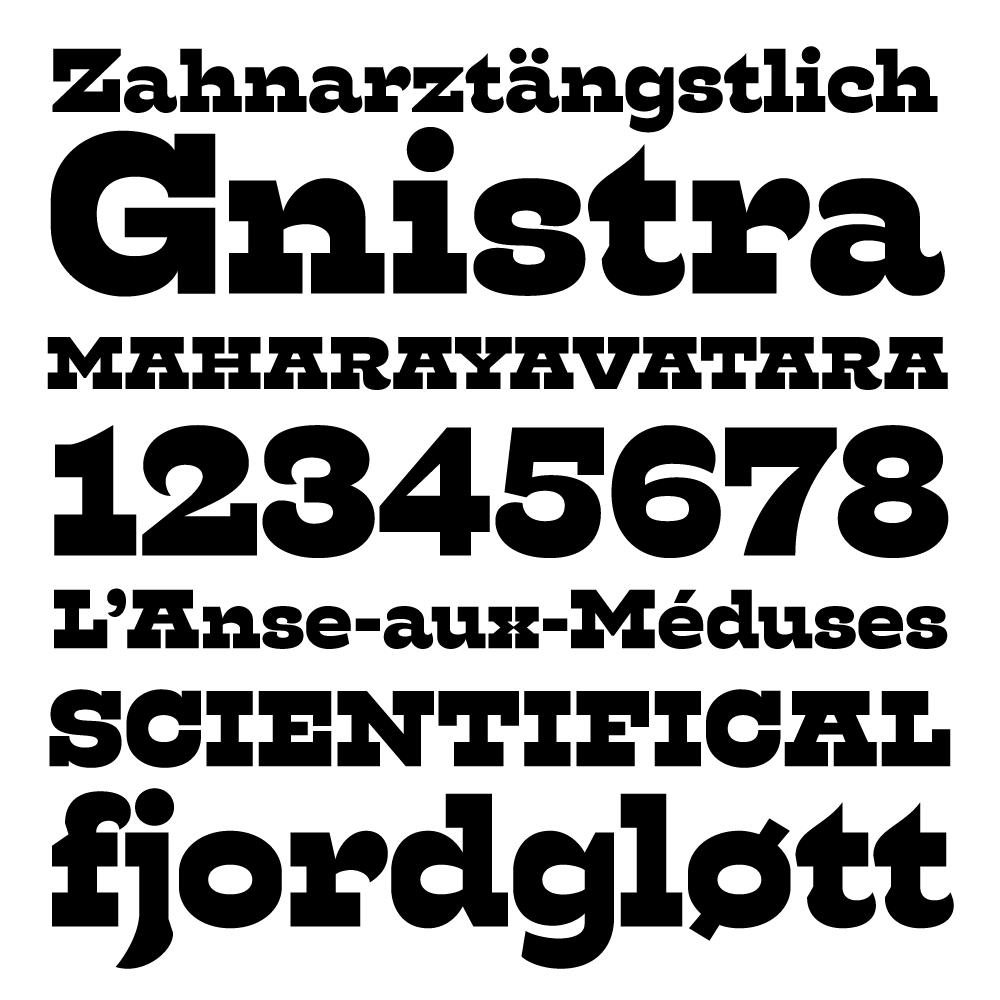 Jǫtunn. A giant. Crashing out of wooded mountains, shocking. Hulking, lumbering. Unable to form long sentences. And unable to apologize.

But Mønster is easily misunderstood, even by its ostensible “reverse contrast” kindred, which are in fact decidedly banal in comparison. It’s no coincidence that designer Sindre Bremnes’ fellow Monokrom founder Frode Helland has questioned the rigidly contrarian modus operandi of virtually all reverse-contrast designs, and Mønster is anything but formulaic. It announces its quixotic nature from its very first letter: ‘M’, which is neither here (conventional contrast) nor there (reverse contrast), but elsewhere. Instead of following ductal logic, or its mere mechanical flipping, Mønster explores its own path through our forest. Illogical? No, simply something new, something… higherlogical.

This font — it comes in one weight only — is no recluse. (Although one hopes for other, more texty weights in the future, the single-style release allows me to draw a parallel with the development and launch strategy of a historic contrast-defying design: Antique Olive. Excoffon elected to publish the monumental Nord weight first to whip up positive anticipation for his unconventional family.*) Mønster is a world traveler that vies not to follow an emerging trend but to express patterns that are intentionally alien. Coming to us from the Far North, Mønster is, surprisingly, in fact essentially from the Near East, and can thus fulfill a unique role in projects that aim to fruitfully unsettle our Western visual expectations. With its very broad language coverage, it makes for expressive possibilities really never before seen.

So Mønster is our tour guide to an Uncharted North, where much more is possible than our mainstream landscape reveals. Bremnes’ design exhibits a gait that might start off arousing abomination, but that moves on to convey bold adventure and gleeful discovery.