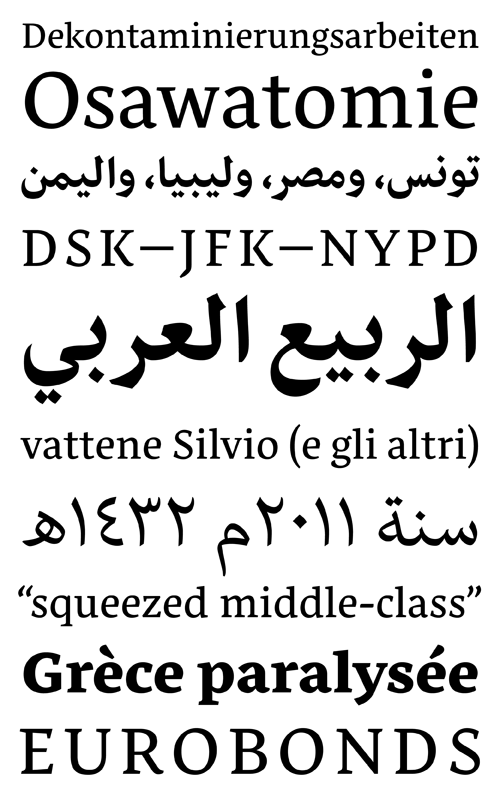 Nassim is a rarity in that its contemporary Arabic and Latin alphabets were developed synchronously. That multi-script process is what drives this idiosyncratic design at its core.

For a typeface designed for news, the variety in its shapes is at first sight astounding. But it makes all the more sense the longer you look at it. Early in his process, Titus Nemeth looked at the strong resemblance of the blackletter bastarda model to Arabic type. This search for a parallel between the Latin and the Arabic is a constant in the calligraphically inspired bi-script development of Nassim. The low stroke contrast, strong, asymmetric, and sturdy serifs, and a rather tall x-height informed the design of the Latin.

Nassim sports a lot of unexpected curves and corners and a rather dark and vibrant texture not unlike Underware’s Dolly. But the calligraphically inspired shapes are not a historical cage. Instead, the design breaks free wherever it sees fit. The asymmetrical baseline serifs for example are a welcome fresh touch in titles that support the horizontal flow in text sizes. The general cut-and-curve nature of its Latin lowercase and the Arabic balances with mediating newsface features like the round lowercase ‘o’.

The Latin’s strong flavor is intentional. For this reason, Nassim may be more appropriate for use in magazines as opposed to newspapers. Nassim reads The Economist, not the Daily News; it has an opinion and sticks to it.

I have to note that I am not well versed in Arabic type. My thoughts on the Arabic design are based on Nemeth’s excellent Reflection on Practice, written for his 2006 MA in Type Design at the University of Reading. The 2011 release of Nassim is a revised version of the 2006 design.

Thierry Blancpain is a Swiss designer based in New York City. He's the cofounder of Grilli Type and design director of NYC-based design studio Informal Inquiry. 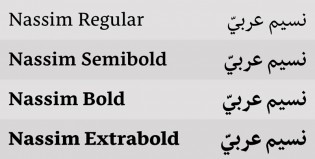 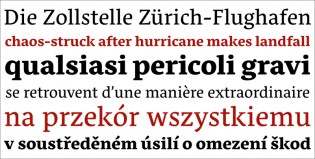 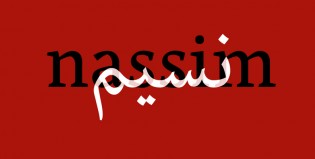 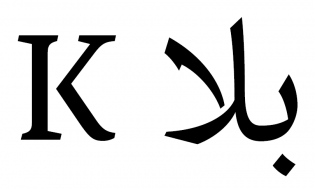