The typeface’s history is compelling for its interwoven, well-documented references to architecture and Swiss graphic design. Originally created as signage for the modernist building in Zürich where the Museum für Gestaltung (MfG) is now housed, the monolinear letterforms had been covered up by some wallpaper, and were only rediscovered in 2001 when renovations of MfG began.

The unearthed geometric letters are thought to have been designed and crafted in the early 1930s by Ernst Keller, widely considered to be one of the most influential contributors to the development of Swiss graphic design. Keller’s student roster included people like Richard Paul Lohse, Josef Müller-Brockmann, and Walter Käch (who, incidentally, was Adrian Frutiger’s teacher from 1949 to 1951 when the latter attended classes at the Zürich School of Arts and Craft).

In 1949, Käch published a manual called Schriften Lettering Écritures, a loose-leaf portfolio containing a plate of an uppercase-only alphabet, in all likelihood designed for the company Örtli & Co. The alphabet bears a faint resemblance, albeit with slightly more humanistic features, to the modular signage letters credited to Ernst Keller.

During a general refurbishment of the building in 2016–17, MfG’s management commissioned Barmettler to restore the lettering for use in both the exterior signage and the interior wayfinding system. In collaboration with Anton Studer and Clovis Vallois, the team drew a historical revival, taking great care to remain faithful to the original, with the goal of designing a high-performing typeface family that goes well beyond its initial use. The result is a beautifully refined family (apparently the first part of a growing superfamily) discerningly type-directed by Rudolf Barmettler. 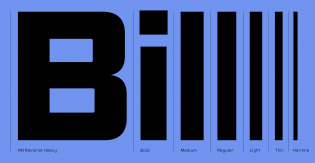 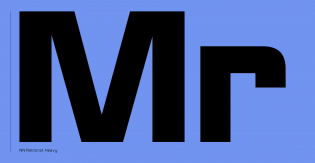 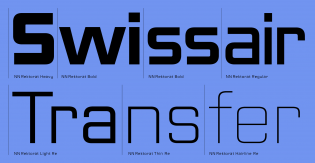 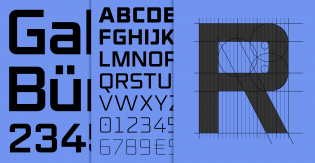 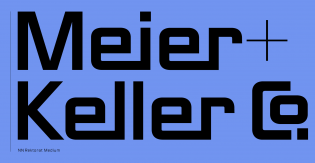 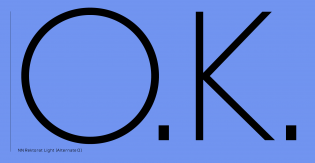 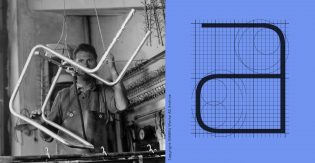 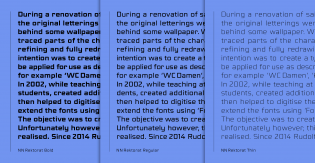