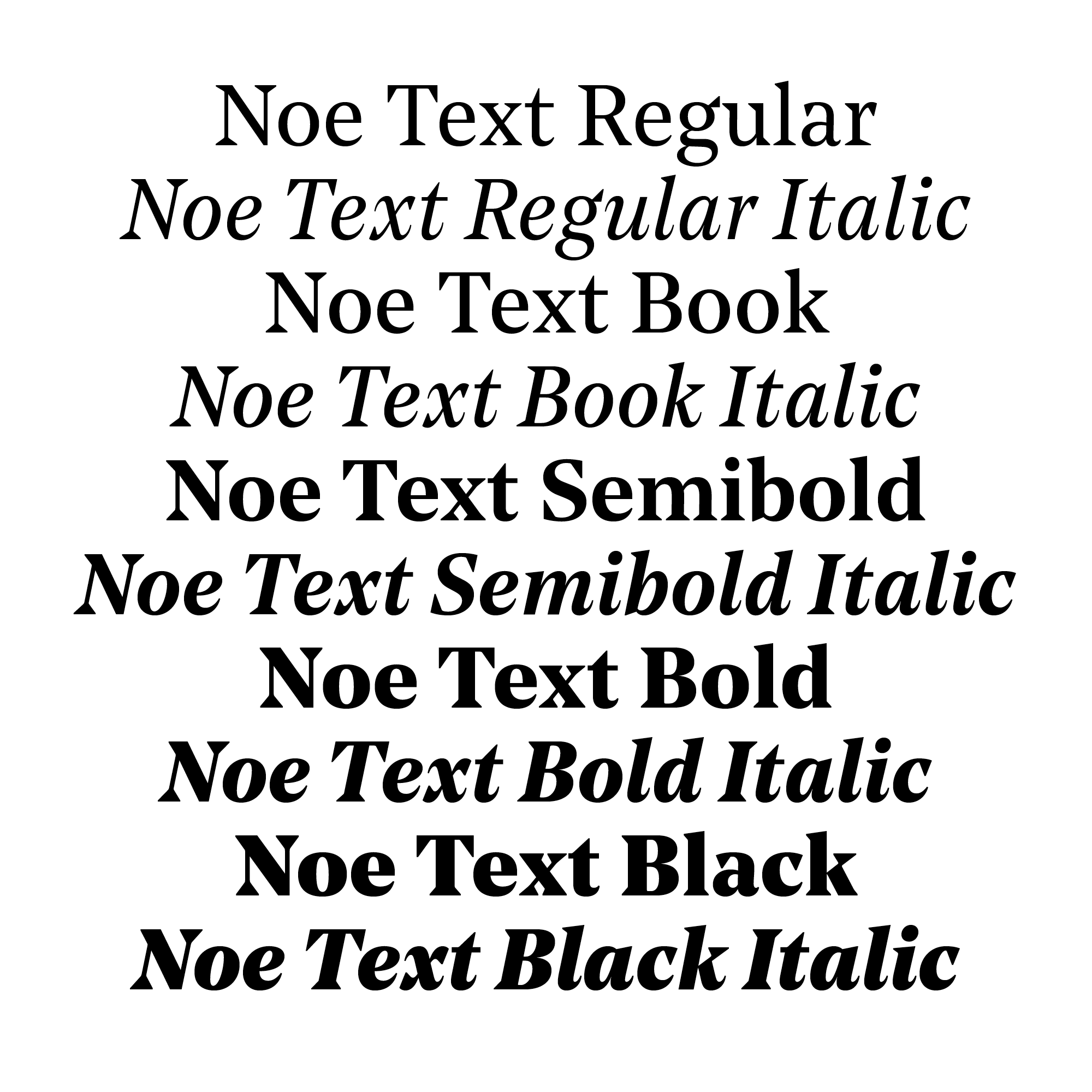 Noe Text is a proper text typeface. Many words could go into analyzing and dissect­ing the features of the lettershapes, but the reason it just works lies in the texture it creates. And who doesn’t like solid, triangular serifs?

A subtler version of the beautiful and more extreme Noe Display, Noe Text is as crisp and sharp, but with lower contrast and more generous proportions. While it might be easier to radicalize existing features, it is way more difficult to find the right balance between personality and functionality. Noe Text doesn’t focus too much attention on single letters, but there are some details here and there that make the final result fresh and a little unexpected.

The typeface has a rather broad range of weights that should satisfy even the hungriest designers longing for just that right amount of black. I personally prefer the book weight, where the confident strokes and serifs are at their best, but I have a soft spot for slightly dark text faces.

In the regular, neither too soft nor too stiff, curves and lines only happen where necessary; there is never an extra detail. The overall impression is, once again (after Dia and Trio Grotesk), that the designers are quite confident about what they are doing and have managed to create something very contemporary.

As a final note, the italics include small caps — sometimes neglected, but very useful for languages like Italian, which often uses Roman numerals.

Marta Bernstein is type and graphic designer originally from Milan and now based in Seattle. She attended the Type and Media Master in The Hague (NL) and she teaches type and typography in international universities and design schools. She is one of the founders of CAST type foundry. 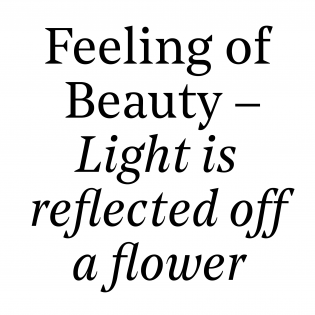 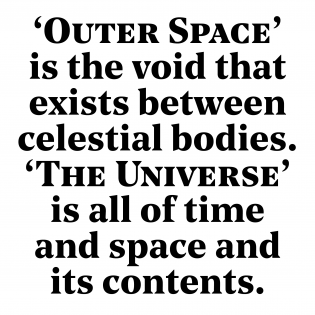