Most type families set a consistent style and flex other parameters, like weight, optical size, and slant. Nostra ditches the style-centric paradigm and achieves cohesiveness through tension.

There could hardly be more of an aesthetic difference between the two cuts: the blocky behemoth Nostra Sett and the wispy windstorm Nostra Stream. Despite Sett’s occasional touch of fluidity (S, 2) or thin line (EMNQW, ҒҰ, diacritics), the two styles are in constant battle with each other. Stream takes in black what Sett gives in white. They’re worthy opponents. The only sensible thing to do is throw them in the same arena — in this case, a strict fixed-width (and arguably fixed-height) system.

You can either choose a single style of Nostra or exploit the contrast between the two. The fact that the duo’s stark typographic contrast is prescribed makes a graphic designer’s job much easier. Granted, if I were limited to one style, Stream would win nine times out of ten. I don’t know that I’ve actually read anything in Nostra Stream (it places texture above legibility), but by virtue of jamming gestural swash forms into restrictive rectilinear spaces, Stream carries a compelling contrast in itself — chaos and control. Sett’s role is to make that control more palpable. 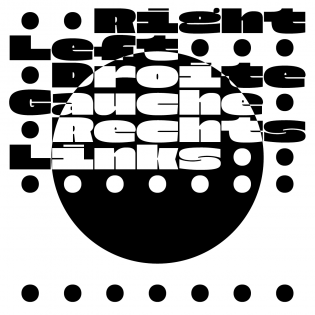 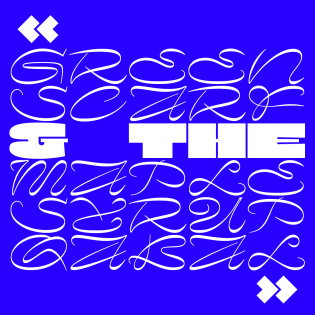 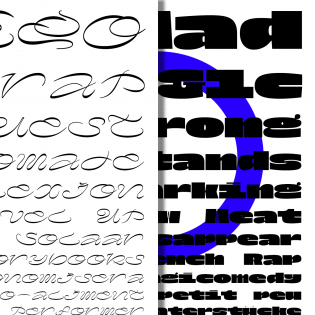 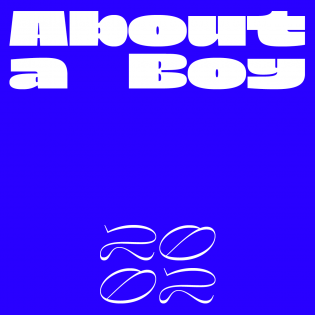 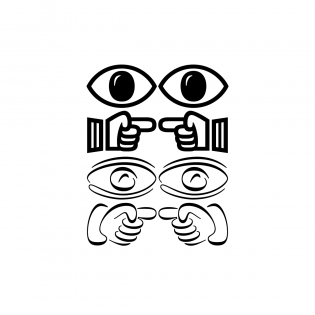