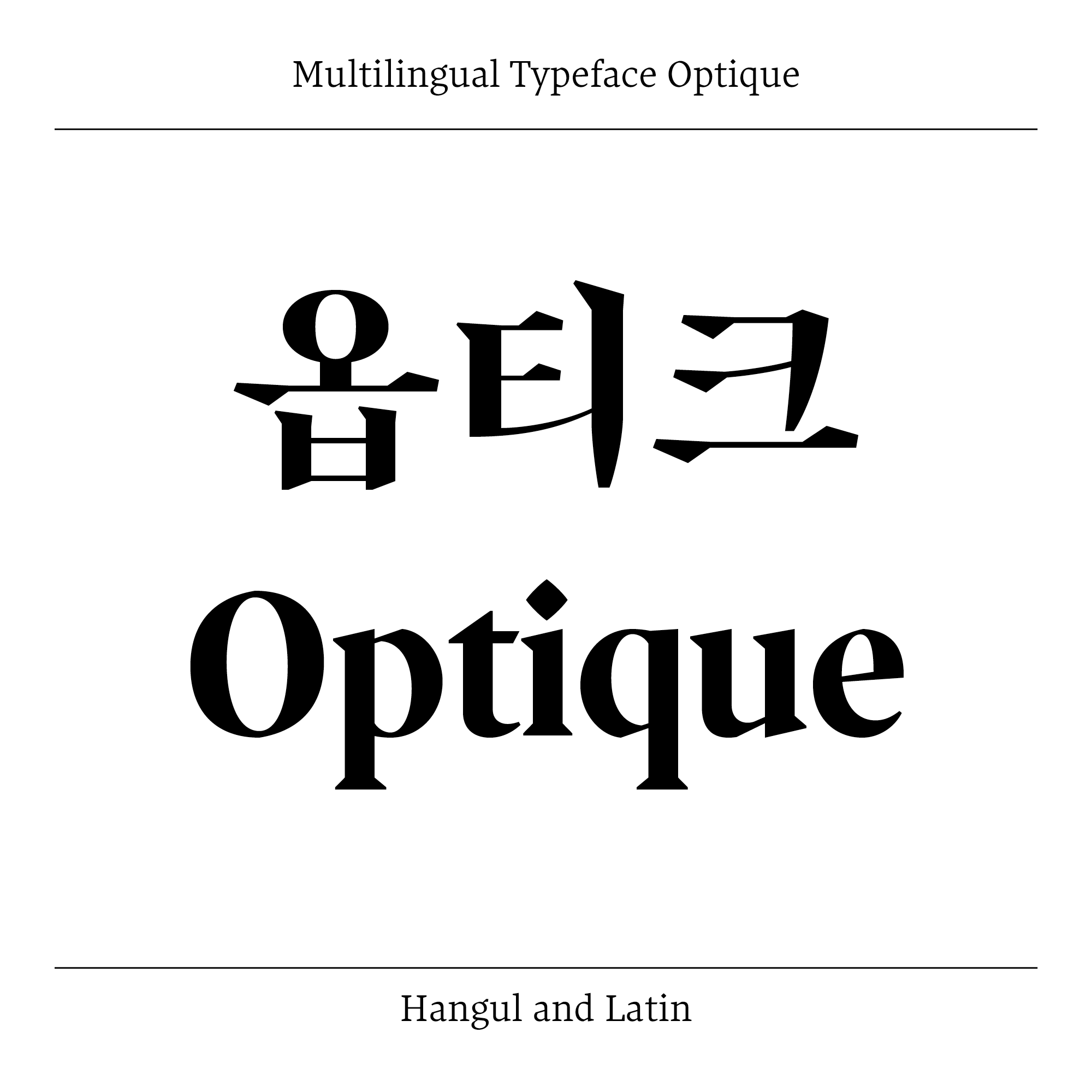 Optique Display (옵티크 디스플레이), a multilingual typeface, derives its name from the French word optique, indicating that the family has been divided into text and display versions according to optical size. Type designer and researcher Eunyou Noh first developed this project while studying at KABK in the Netherlands in 2017.

Released through the AG Typography Institute in 2019, the typeface includes 2,637 Korean characters, 130 Latin characters, 114 numerals and punctuation marks, seventy-six symbols, and more. I’d especially like to highlight the airiness of the weather symbols such as clouds and suns. The attention to these symbols appears to conceptually reference the nature-oriented philosophy inherent in the Hangeul script.

For Hangeul (or Hangul) typefaces, each foundry creates its own font classifications, which depart from standardized Western classifications. The particular style of 옵티크 디스플레이 Optique Display is usually referred to as “myeong-jo”, which derives from high-contrast brushstrokes; sometimes, too, it is characterized by the Western-borrowed word “serif”. Successfully creating this style requires a deep understanding of historical models of 한글 Hangeul calligraphy and Latin broad-nib work. As a result, 옵티크 디스플레이 Optique Display possesses an equally impressive set of 한글 Hangeul and Latin glyphs.

I’m quite excited to see the official release of the 옵티크 Optique Text version. The Noh.type preview of this work in progress shows a beautifully balanced low to medium-contrast model appropriate for reading longer pieces of writing.

I look forward to the continued development of 옵티크 디스플레이 Optique Display, an exceptionally elegant execution of a difficult-to-wield style.

When I encounter book covers or posters designed with Optique Display, I’m surprised by how striking, shiny, and elegant they look. I met Eunyou Noh fifteen years ago at Yong-je Lee’s type foundry office. She was working for him while finishing her master’s degree, and I was a sophomore in college doing an internship there. I have witnessed firsthand her passion for Hangeul type design and she remains one of my favorite colleagues. She not only draws nice Hangeul shapes, but she also has a very sharp academic perspective on Hangeul type design research.

Optique is a font family for Hangeul and Latin that follows the traditional writing tools of each script. The Hangeul stroke shape is based on the pointed brush, while the Latin stroke is based on the broad nib. Even though both scripts allude to different tools, they go well together because they have similar contrast and harmonious shapes. As its name implies, Optique offers styles that target different optical sizes. The Display version has high contrast with sharp serifs; the Text version has less contrast with larger counter spaces, and is optimized for longform reading.

Michelle Devlin is a Designer & Researcher living in New York. She/they has a background in painting, illustration, and an intensive study of Graphic Design at RISD complemented by a Concentration in History, Philosophy, & Social Sciences. She fosters an enthusiasm for language, design, and technology by studying 한글Hangeul/Korean in her free time meanwhile pursuing two postgraduate certificate(s) in Type Design. Michelle volunteers their graphic design and organizational skills with Barrett Art Center and AsianAndLGBTQ+. mderpth plans to begin a Master’s programme in Communication Design Research at the Royal College of Art in Fall 2021.

Minjoo Ham is a type designer from South Korea. With Mark Frömberg Minjoo Ham founded Hypertype in 2020 in Berlin. In 2014/15 she completed the TypeMedia master course at the Royal Academy of Art (KABK) in The Hague, Netherlands, concentrating on research and type design of a Latin and Hangul double-script. Her typeface Dunkel Sans was awarded the fist Prize for Hangeul typeface at the Granshan Competition 2019. Besides working as a designer she attended Typojanchi international typography biennale 2019 as a curator. 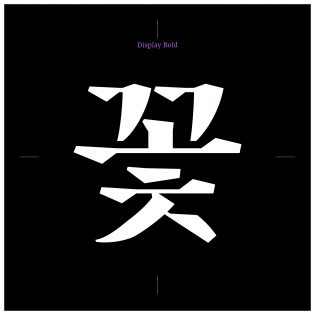 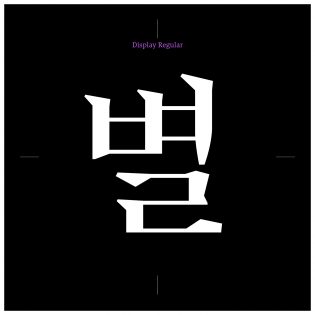 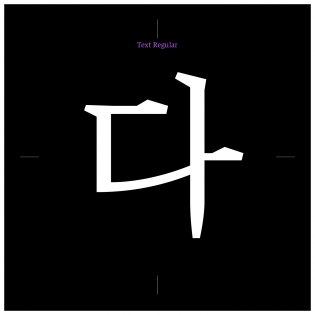 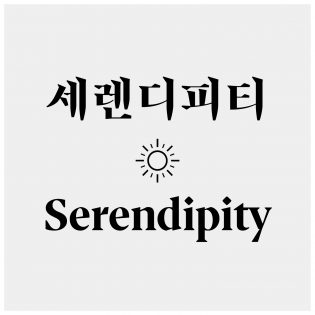 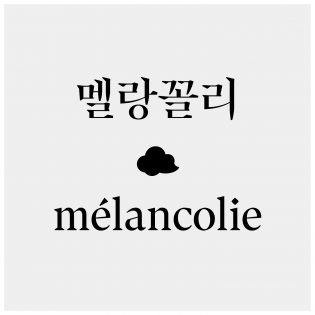 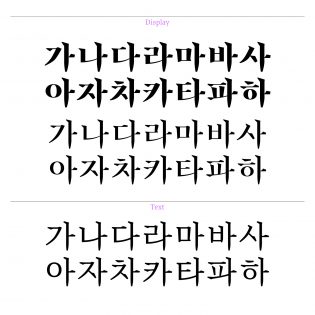 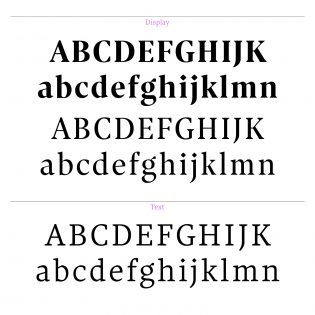 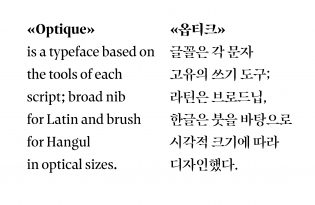 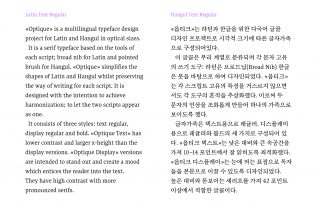 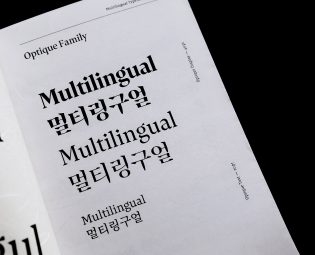 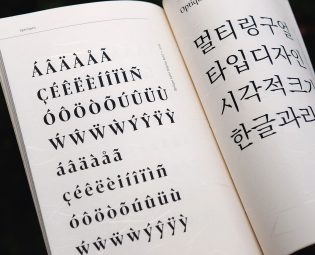 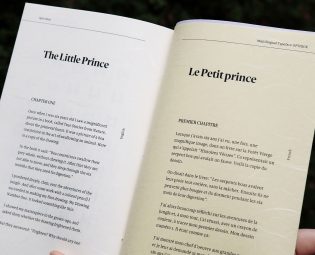