Phase has many faces. While not one typeface by traditional standards, its underlying parametric concept is neither entirely new nor fully explored. With Phase, Elias Hanzer contributes an interactive tool and provides countless variations for anyone who prefers an experimental approach to type and typography.

Phase derives from a generative concept that lets you systematically modify a neo-grotesque archetype through variable-font technology, using modular components based on a set of rules and stylistic alternates. Each selected key and slider represents a typographic parameter and manipulates stroke contrast, width, letterspace, and curve structure, ranging from wobbly to spiky, from bent to split, and so on. Anything from subtle changes to complete distortion is in the hands (or voice!) of users, though a built-in randomizer relieves them of that responsibility. It appears we have entered a revival period of art nouveau and expressionist letters lately — and the expressive extremes of Phase embrace that zeitgeist.

Perhaps my academic interest in parametric type design before PostScript is what drew me to Phase. A little over a year ago, I had the privilege of spending some time at Stanford University with Donald Knuth, an emeritus professor in mathematics and computer science and the developer of Metafont (1979), an absolute milestone in parametric type design. According to Knuth, this system had the “ability to capture the designer’s intentions rather than just drawings that result from those intentions.”1 Although the phrase “ahead of its time” tends to be overused, it is particularly true of Metafont. (This review is only a brief statement; you will find a detailed reflection and conclusion in my thesis when it is finished.)

In recent years, a number of concepts for parameter-based font tools have been developed and introduced to the public.2 Hanzer’s interest in the parametric approach to type design grew from an urge to move away from the traditional notion of a typeface as a static model.3 He explored typeface modifications and rather unconventional approaches before developing Phase for his BA in Visual Communication at Berlin University of the Arts (UdK) — a program with a history in schrift that offers type design only occasionally in its curriculum.4 With the help of developer Florian Zia, Phase eventually turned into an accessible interactive web application in early 2018. It is a useful tool that will let others grasp the possibilities of variable-font technology more easily by letting them participate in the process of creating instances of it.

The term phase itself is quite an accurate description of what happens between the extremes in variable fonts. So far, noteworthy examples of single instances or styles5 of Phase have appeared mostly in headlines of print magazines like the first issue of Cellophane and the fifth issue of AIGA Eye on Design, but it will be exciting to see the typeface’s dynamic possibilities used to their fullest in digital applications. I am also curious to see what other archetypes will become available in Phase in the future. Perhaps we can look forward to a Century-like alphabet?

In a recent interview for Eye on Design, Hanzer was asked what Phase should be paired with. His response: “Itself!” Although I can relate to the delight of exploring a system within itself, the typographer in me would prefer to see the extreme variations of Phase create contrast and tension by challenging both traditional and contemporary faces. 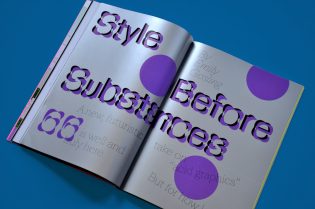 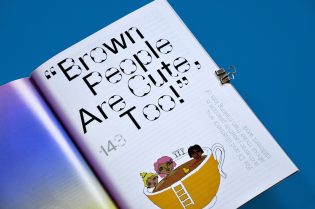