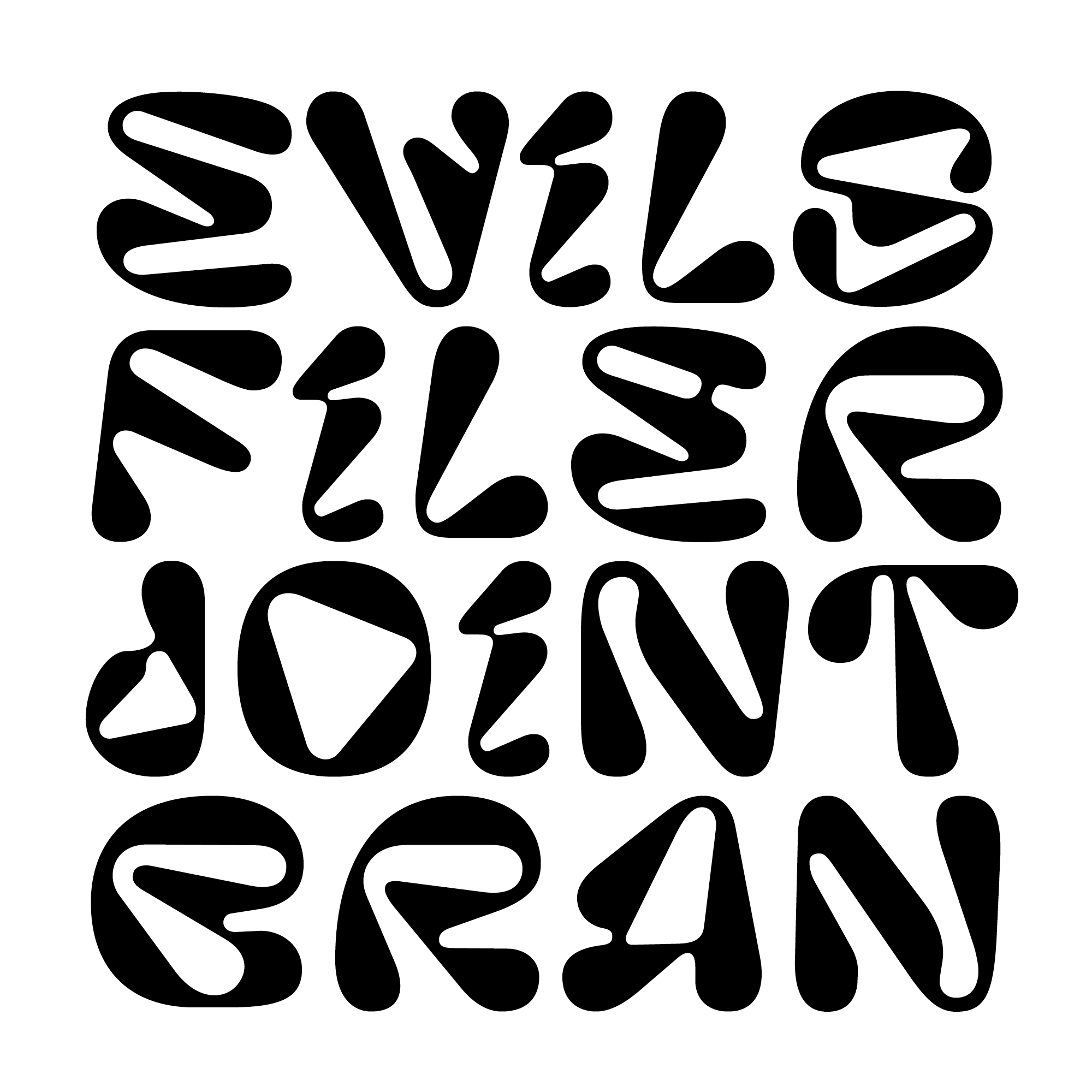 I’m a fan of display type, but plenty of factors make Pilowlava seem problematic at first glance. It is unicase, the stems change in weight and angle, and the stroke endings could be considered blob terminals. Each form more or less solves its own square of whitespace, all while coated in yogurt. That being said, we can’t be mad at Anton Moglia and Jérémy Landes for any of it.

Named after the caverns of space found in lava flows, Pilowlava evokes a feeling of carved-away whitespace like a Cyrus Highsmith drawing but with the mechanics of a CNC router. Straight lines and rounding throughout make its name also perfectly describe its two main attributes: pillow for soft, and lava for flow. This “soft flow” typeface is starting to be widely used in the loud and experimental graphic design of today: color fades, neon, 3D modeling, and lots of layers. Pilowlava floats in this kind of vibration with ease. It will not be overpowered.

Another reason for its popularity is likely the fact that Moglia and Landes released Pilowlava through Velvetyne Type Foundry. VTF is a free open-source type foundry full of bold design. I imagine Velvetyne as a few designers in a magical French studio/clubhouse, developing new Typecooker parameters to keep us all loose.

Typeset the word “awake” and you should be able to quickly grasp Pilowlava’s orbit. Construction of an A that is stylized and also legible without a counter. W, K, and E are all examples of air bubbles carving away stems with ease. It even reads as an italic, though it isn’t. Pilowlava is confident wherever it ends up. We should all be so calmly flavorful.

Kel Troughton lives in Oakland, California where he works on type and lettering projects. He graduated from the [email protected] West program in 2018 and worked at Monotype. He co-teaches the Type West program at Letterform Archive.