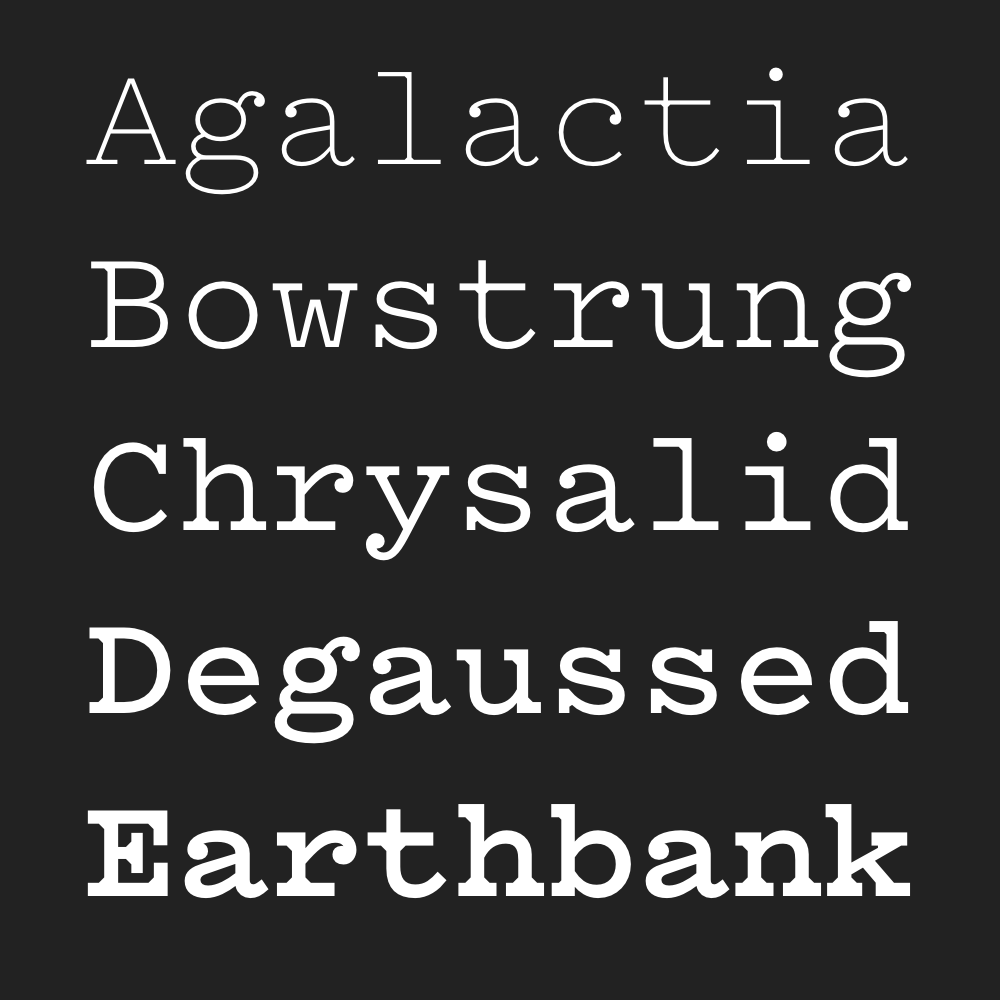 Unfortunately, there is not much I could tell you about the design of the riveting new typewriter face called Pitch that Kris Sowersby has not already published in his extensive process notes.

That being the case, I’ll spare you the repetition and go directly off on an idiosyncratic tangent.

First, a brief homage to the typewriter:

Like the bicycle, the typewriter played a remarkably important role in women’s liberation. Wikipedia informs me (with “citation needed”) that according to the 1910 US census, 81% of the women who entered the workforce began their careers as typists. Fans of the popular television series Downton Abbey will recall the storyline of the redheaded housemaid, Ms Gwen, who is secretively learning to type via correspondence course in order to fulfill her dream of becoming a secretary.

Not so very long ago, may I remind you, typewriters were costly pieces of office equipment kept under lock and key. In Truffaut’s groundbreaking 1959 film, The 400 Blows (Les Quatre Cent Coups), the troubled teen Antoine steals a typewriter from his father’s office in hopes of using it to finance his plan to run away from home. As he flees with the machine, a friend calls out to remind him that he’ll never get away with it because typewriters have serial numbers. Roundabout 1995 you could buy one at a thrift store for less than a buck fifty.

Remember, too, that Steve Wozniak (the other Steve), envisioned the first Apple computer as “a typewriter with a video screen”. So here we are. Christopher Latham Sholes’ QWERTY keyboard (c. 1869) has come a very long way … hasn’t it, baby?

If Helvetica is “the perfume of the city”, typewriter types are the fragrance of the understated, the honest, the reliable, the uncomplicated. DIY. Sufficient. Less, i.e., not more. Wabi-sabi to the max. And it feels good. Pitch, the monoline monospaced typeface with wedged brackets, ball terminals and “brutish bolding” that you are supposed to be reading about here, can be described by all the aforementioned adjectives and also this: holy crap.

Carolina de Bartolo is the author of Explorations in Typography: Mastering the Art of Fine Typesetting. She learned to type on an IBM Selectric in the 8th grade and has been feeling quite liberated ever since.

Pitch used for “Manifesto of Uncertainty” designed by The International Office

Pitch for “Looking Forward Looking Back” designed by The Letter D.