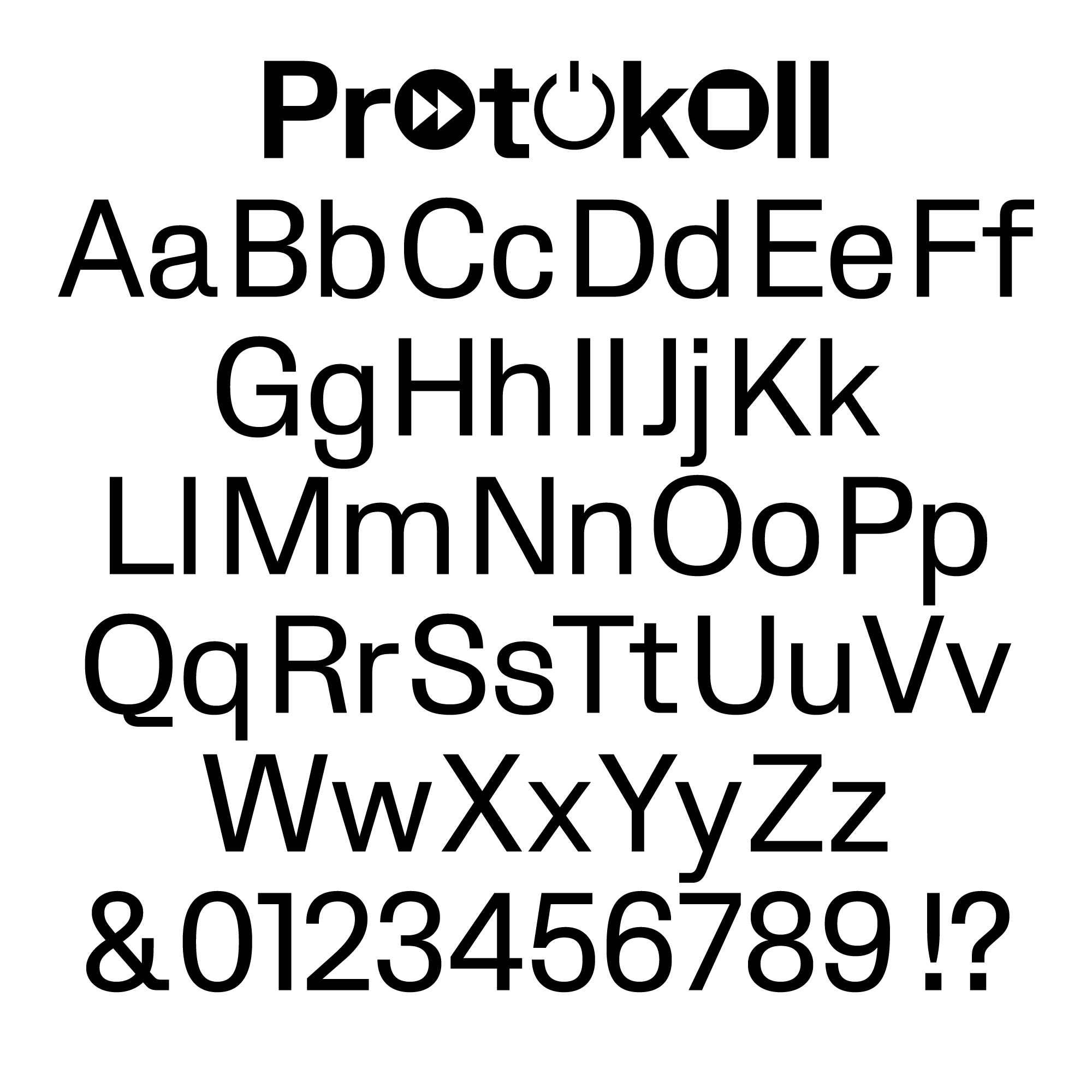 I’ve never been sold on the post-bitmap mechanical aesthetics in type design. I find these projects to be too coarse or obvious. I convinced myself that such a brief could only be a trap, design wise. That was before Tobias Holzmann tweaked the idea to create Protokoll, which is way more than just a brilliant name!

On Out of the Dark’s website, Protokoll claims to be “entirely parametric”, which I believe is entirely false! I like Protokoll because it is exactly on the edge of the uncanny valley between computer-generated letters and a purely human-drawn typeface. Holzmann clearly designed every letter and made conscious design choices, even if they were based on rational processes.

I can also feel the German influences here (especially Folio), but as if they went through a Swiss blender (note how the foundry richly illustrates each release with sources, inspiration, and process proofs). This makes total sense, as Holzmann is a German designer and Protokoll originated when he was studying in the Master at ECAL, with mentors such as François Rappo and Ian Party, among others.

There are so many details that I like in Protokoll: the tension between squarish and rounder curves in letterforms, closed apertures, that uppercase S, some very minimal diacritics (look at the cedilla and the ogonek), the extensive set of dingbats and pictograms (that for once, looks very useful)… Of course, not everything is perfect in Protokoll. For instance, as a worshipper of the uppercase Q, I must confess that I’m not entirely convinced by the tail on this one, but I’m being picky.

With its well-balanced design — neither too experimental nor too minimal — and its many styles, Protokoll is a workhorse that will easily find its place in many projects of our digital era (including printed ones, of course).

Since graduating from the EsadType program in Amiens, France, Quentin Schmerber has been involved in various projects related to type or graphic design. From 2016 to 2019, he collaborated with various typefoundries, including Production Type and Feliciano Type. Based in London, he is now a Senior Type Designer at Swiss Typefaces. 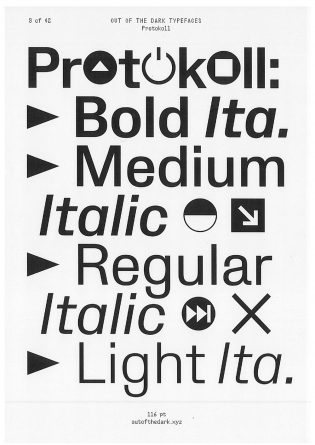 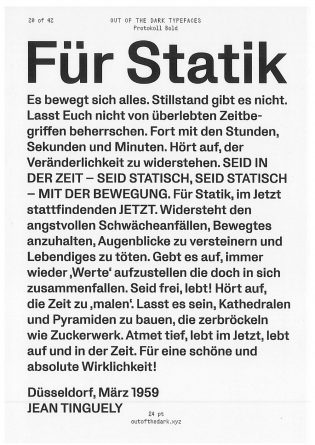 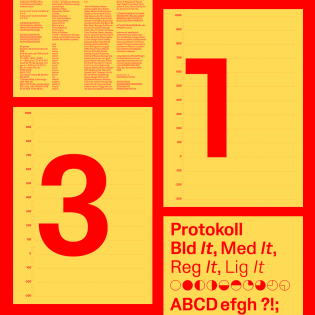 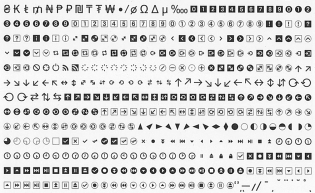