Based on the pointed pen, Rizado Script meets the elegant expectations of a script typeface while harnessing a distinct typographic and textural groove.

Rizado’s rhythm comes from several sources. The strokes hit a measured meter that creates an evenness in color and consistency when locked up in a logo and headline, or even set in a paragraph of text. However, a closer look at the shapes of the downstrokes reveals the variances that feel less like uniformed marching-band members rigidly trotting down a line, and more like members of a jovial swing group who don’t take themselves too seriously. After all, Nikola Kostić created this script with la dolce vita in mind.

Some strokes wind with a slight kink, some more traditionally swing into curve, and others are blunter, abruptly tapering and expanding. This is one of many instances where this typeface plays with contrast by harmonizing and mixing curves with sharp, straight edges.

In addition to the stroke shapes, the movement of the pen has its own beat. The entry strokes in letters like h, k, and p are authoritative and decisive. Instead of gracefully flowing and winding into a loop, the pen shoots straight up before immediately coming back down to produce a bouncy tempo.

A highlight of pointed-pen calligraphy is how its contrast makes letters crisp, bright, and sparkly. Though a subtle detail and not uncommon in contemporary scripts, I appreciate how Kostić chose oval blobby ball terminals, instead of ending with a thin stroke in characters like c and o. Additionally, the solid fills in place of open loops when the pen turns around to enter into r and s or exit out of v and w add color, body, and weight. Both of these details add to Rizado’s lively and sweet character.

Rizado is a script that knows where it’s going, with these design details fueling its forward momentum and animated personality. Currently Rizado comes in one weight, but I dream of bolder weights that will make these letters chunkier and even groovier. 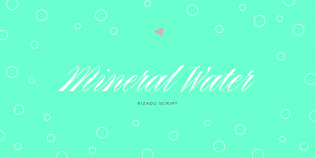 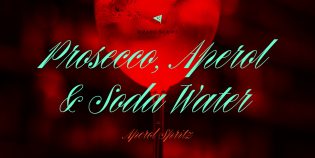 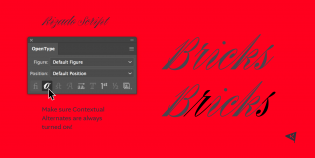