When reviewing a superfamily, one is required to reference Jan van Krimpen’s Romulus (1931), generally considered the first attempt at a comprehensive family with a roman, sloped roman, italic, two semibolds, Greek, four weights of sans, and open titling caps. That sounds like a lot, especially considering much of that work was engraved by P. H. Rädisch’s hand. Van Krimpen was certainly on to something, but the execution was compromised by half-baked ideas (a sloped roman for emphasis and a beautiful italic too complicated to actually use) and a world war.

Matthew Carter’s Role had no such obstacles — and the added benefit of being made with Sakura Taruno, Shotaro Nakano, Kunihiko Okano, Yuya Kobari, and Ai Handa. They’ve taken an idea first attempted almost ninety years ago and seen it to completion with four incredibly useful families: Serif, Sans, Slab, and Soft. (A script is forthcoming.) There are presently a whopping two hundred styles in this family with weights ranging from Thin to Black in three optical sizes. That would’ve killed poor Van Krimpen and Rädisch if they weren’t already long dead.

But what is Role all about? Anything. Or, almost. That’s its strength. In fact, when asked to detail what I found interesting about the family, my first thought was, “It’s not interesting.” As a book designer, that’s what I like. It’s a cohesive collection of good letterforms designed to help tell a story, not be the story. When Role is used to its best advantage, it is serving a purpose greater than itself.

This is not to say that Role doesn’t have a point of view. It absolutely does. But that point of view is suggested in quiet details, rather than shouted at its audience. This is most noticeable in the Serif family when comparing the optical variants of K, Q, R, X, Y, d, k, l, u, x, and y. The Text variant has more traditional forms, but in Display and Banner the terminal strokes end with a soft kick. They look painted rather than cut. Here they do get a little showy, and at times I’ve wished I could swap out, say, the cap R for a less adventurous alternate. At other times, those same strokes strike right at my heart.

When a good new face comes out I often think, “That’s nice — but I’ll never use it for anything.” I wait for a job with just the right requirements. There was no such waiting period with Role. It’s a solid, general-purpose family made to be put to work — and with two hundred takes on a basic structure, it’s ready to serve.

Michael Russem is a book designer in Somerville, Massachusetts, and is often invited to curate exhibitions at Katherine Small Gallery. 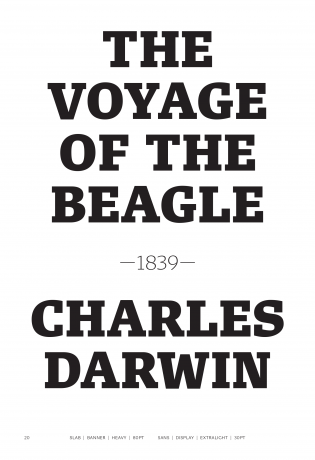 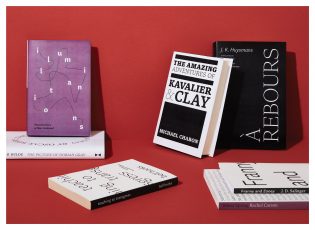 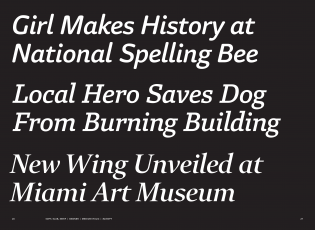