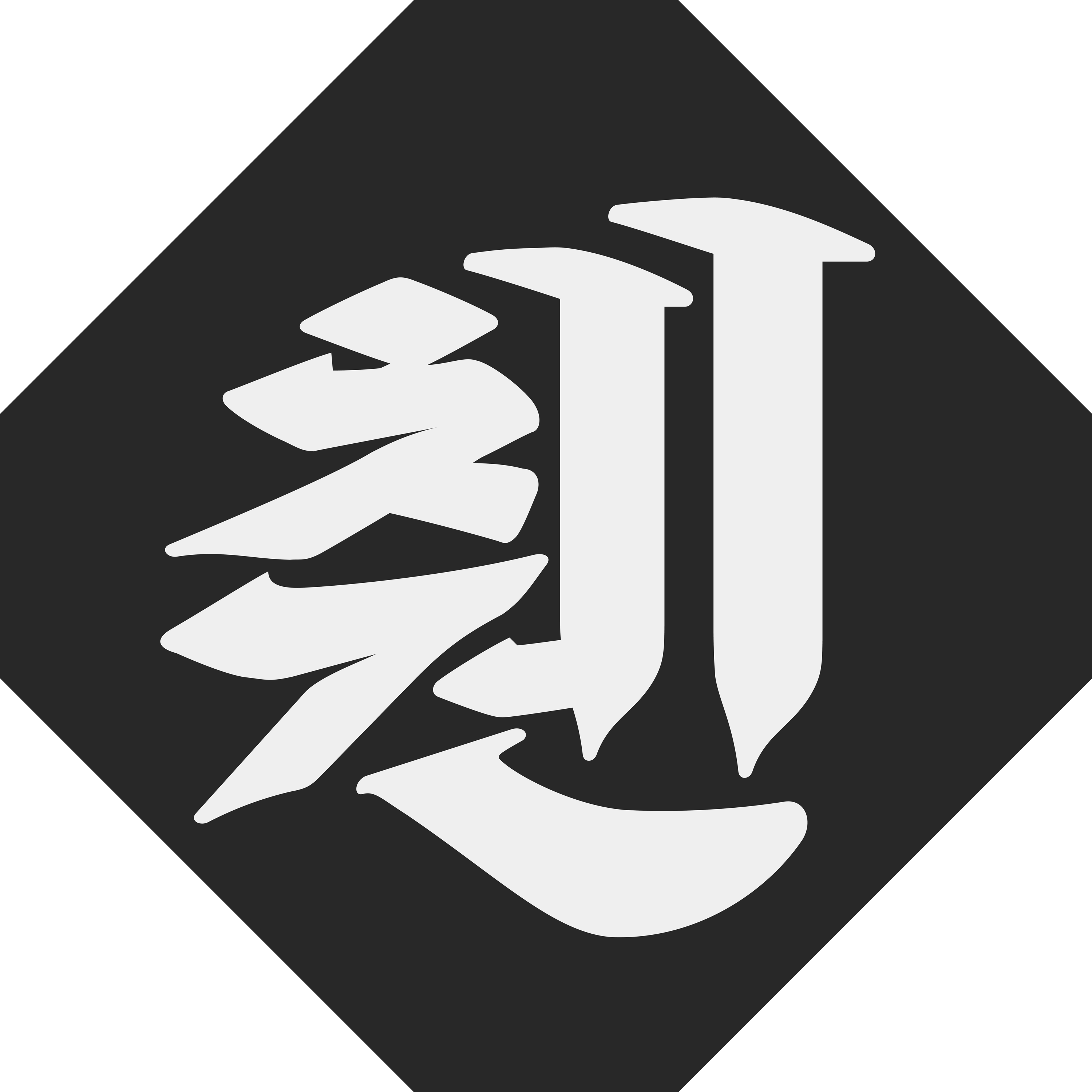 In 1952, toward the end of the Korean War, Chilseong Shipyard was established in Sokcho, South Korea. The humble family operation built ships and served as a local fishery for generations. In 2017, third-generation owner Choi Yoonseong and his partner Baek Eunjeong restored it as a cultural space to preserve the shipyard’s legacy for future generations, so they could connect with the site. The new Shipyard includes a café, exhibition space, and playground, and also has a new look with a custom typeface.

According to Choi, every boatyard has its own unique lettering style. His father, Choi Seungho, lettered signage and names onto each ship, making them instantly recognizable among the others when docked at the pier. The letters are grand in scale, calligraphic in movement, dense in weight, and satisfyingly wet and bristly in texture. Situated right by a lake, the region is prone to natural weathering from light, wind, sand, and water, and Choi wanted his father’s marks to be preserved for the long term.

Sandoll’s Kang Jooyeon and Yooseong Jin were tasked with interpreting and preserving these letters for posterity as Chilseong Shipyard. Digitizing such handmade letters presents the inevitable challenge of balancing the technical limitations of digital tools with the loose vibrancy of the hand. Although the original lettering is naturally more wispy and free-spirited, Kang and Yooseong’s design and structural decisions keep the gestural qualities alive.

The bristles are shaved, smoothed out, and tapered — leading to a texture that is more solid than that of the source, but equally inky. The dramatic contrast between thick and thin reflects the swift moments when the brush would change direction. Instead of constraining the glyphs to a vertically rigid rectangular box, the designers followed a rhombus shape. The syllable block reaches its widest point at the center, following the open movements of the original calligrapher.

Hangeul’s component system also plays to an advantage here for a handmade quality, presenting an opportunity to design a variation of characters based on their position in the syllable block. For example, my favorite shape-shifters in this set are the ㄴ, ㄹ, and ㅜ; and my favorite composition is the flared calligraphic 췐.

The shipyard may be a small, regional attraction within the larger universe, but its collective memory spans generations. Choi’s lettering concretely established a sense of place and identity; Sandoll’s Chilseong Shipyard brings that space into the future and has built it to last. In an interview, Baek said: “Even if there comes a day when Chilseong Shipyard sinks to the seafloor, the handwriting containing the identity of the Chilseong Shipyard and the stories of Sokcho carpenters will remain on the ground.” 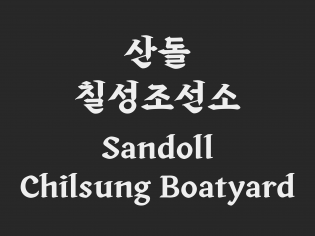 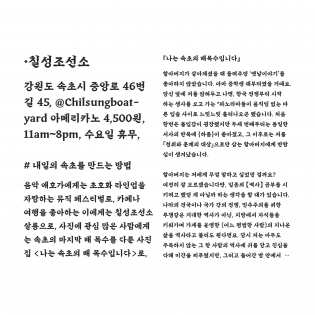 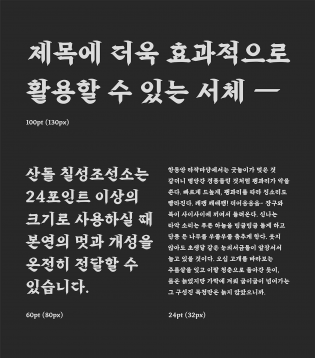 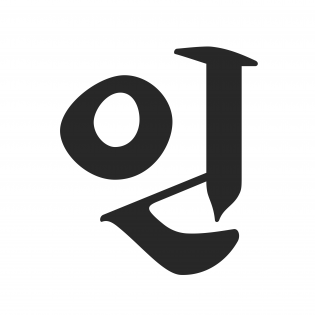 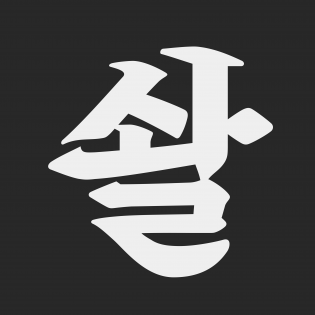 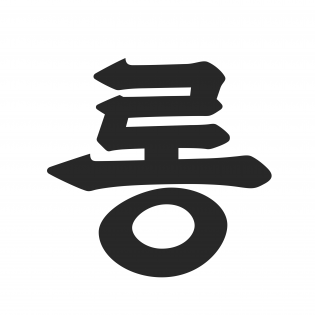 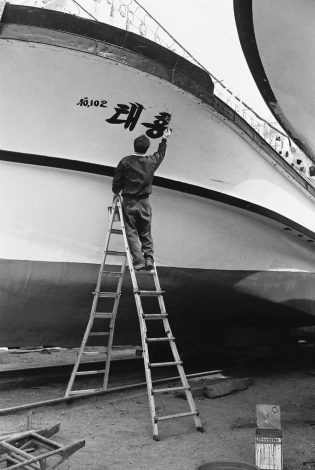 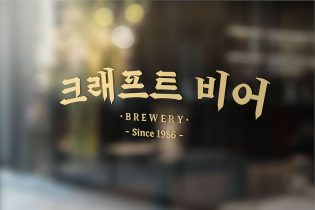