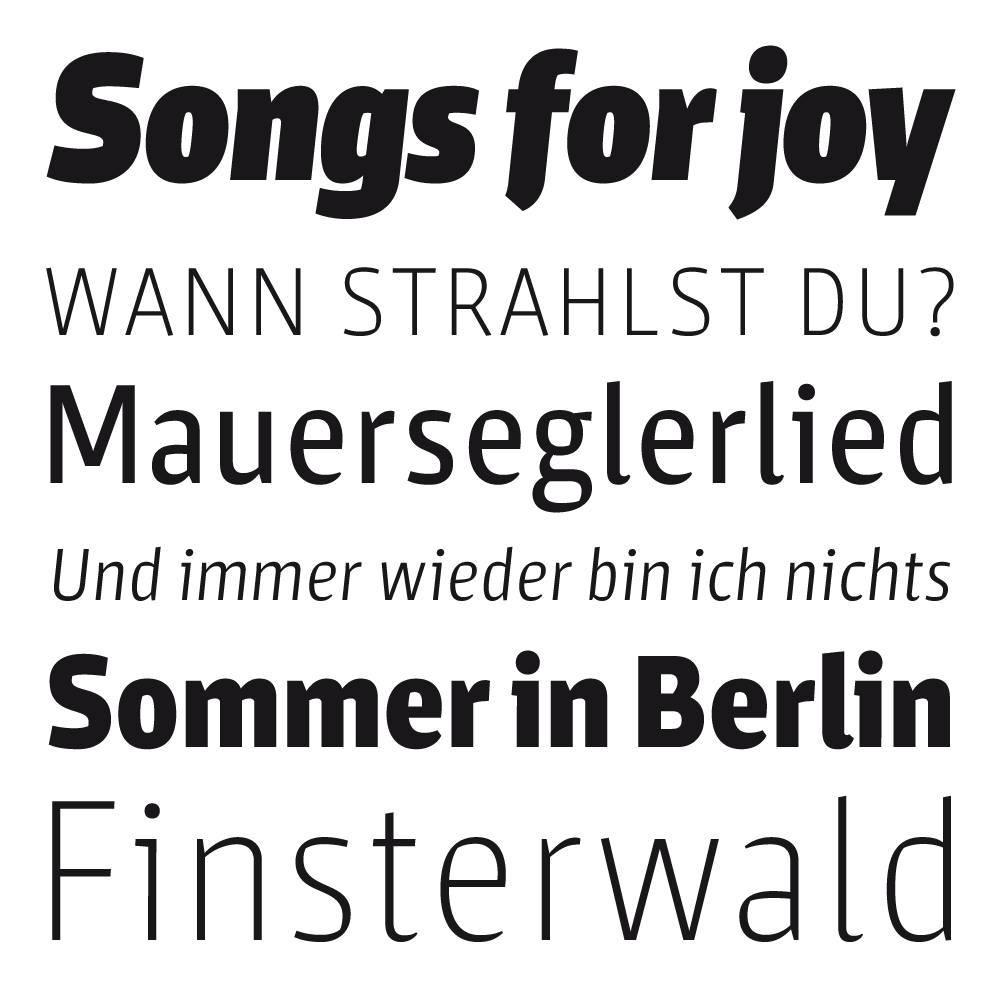 I like Sarre by Sascha Timplan because I have a soft spot for compact sans serifs with angular notches, but also in embarrassingly huge part because of the regional associa­tions I have with its name. And in spite of the fact that I’m a contributor to the LTypI ini­tiative (mocking the choice of a typeface for applications of the same name). But Sarre fits Sarre so well.

Sarre is the French name for a small region in far southwestern Germany at the border to France, spreading along the river Saar/Sarre and consisting mainly of the state of Saarland. I work and live there, in Saarbrücken, as does Timplan (in nearby Trier).

Given the fact that I know how naming typefaces often happens, it’s ridiculous how much of this region’s characteristics I see in the design — vernacular, indust­rial, rough; simple but candid and open-minded like its people. Quirky Germanness in a corner of inescap­able internationality, expressed in edgy curves, others soft and gentle, and in a weight range that is so Sarre: from delicate lightheartedness to super heavy punchi­ness. Coal and culture. Okay, I’ll stop.

I have no idea if Timplan had any of this even remotely in mind or set out to design something for Sarre, instead of just naming his independently conceived typeface after it. We never talked about it, but he mentions the river in his detailed specimen PDF. Also, this is not really a review. I haven’t properly tried out Sarre yet, although I downloaded the test version available on MyFonts.

By singling out Saare from plenty of excellent type­faces issued last year, I also want to recognize the cont­inuously notable work coming from Timplan. He just graduated from college last year, but already shows an impressive array of typeface designs; some extens­ive and versatile, others just plain fun headline faces, combining ideas that are in the air with an unbiased, easygoing twist. Here’s to more from him in 2014. 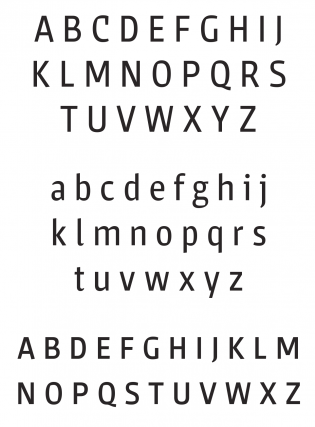 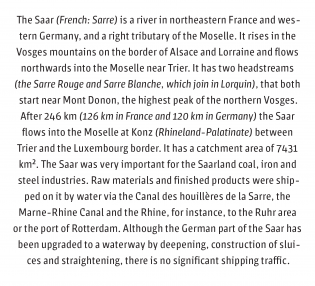 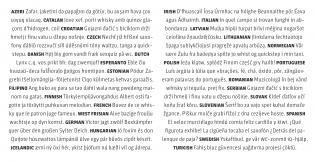 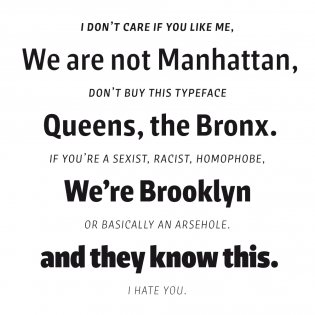 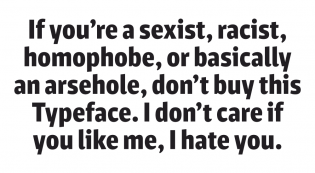