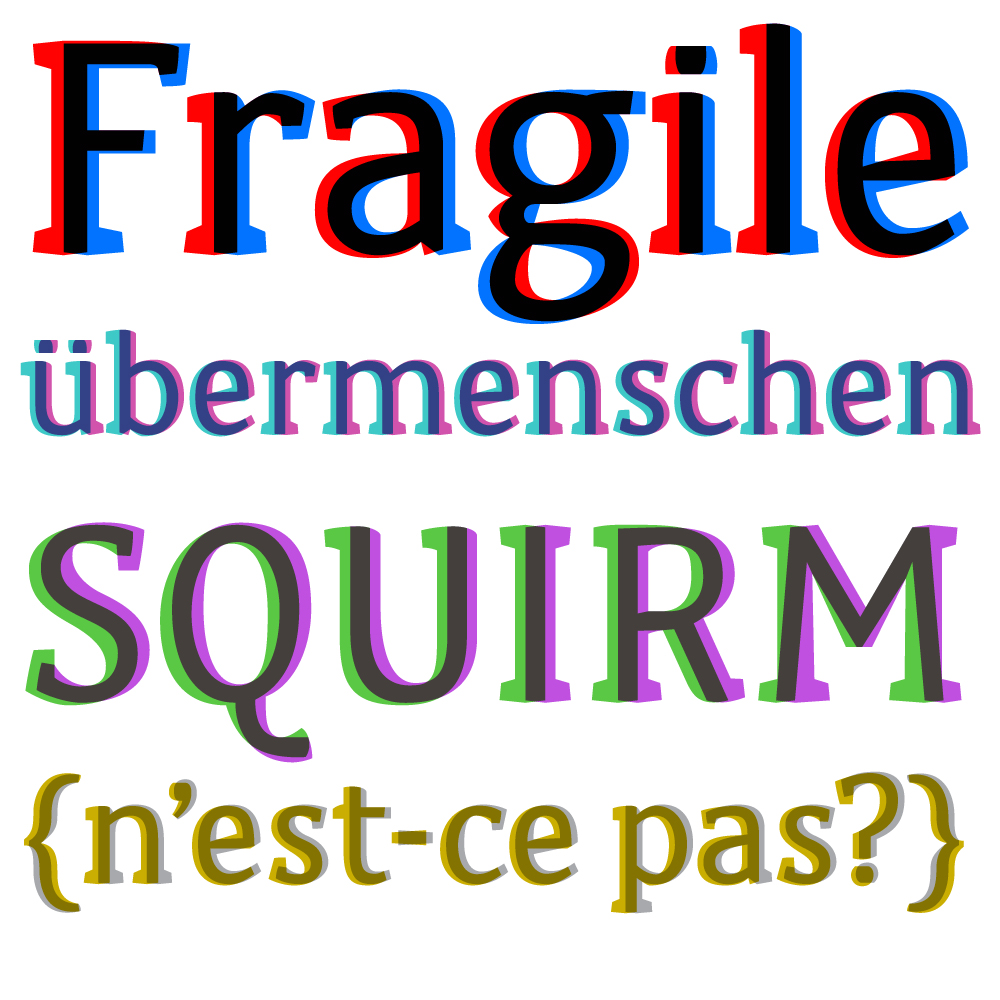 Designer
Dan Rhatigan,
Ian Moore
Foundry
Photo-Lettering,
The Colour Grey
Classification
Display
Featured in
Typefaces of 2012
Elsewhere
Sodachrome in use
Get the Fontsi

Display type invites experimentation and creativity, and fortunately Dan Rhatigan and Ian Moore have poured a lot of that into Sodachrome. I find the concept very appealing and I believe it pushes the boundaries of conventional type design.

First, Sodachrome is a chromatic typeface. That in itself is nothing new, but one of its inherent qualities is the way the two layers depend on each other. Chromaticism here is not only a visual gadget, but a faculty without which the design would not function.

Sodachrome consists of two individual fonts — left and right. Set by themselves, those fonts are (to say the least) very odd looking. But when set on top of each other, the two halves produce a whole: a beefy, sturdy serif face.

This is the moment where color — and genius — come into play: overprinting the two fonts in different colors results in beautiful, three-colored words, and immediately the viewer experiences a bright, refreshing look — the look of Sodachrome!

As an added bonus, the letter-halves have been drawn in a way that the overprinted middle reveals a modern sans-serif design. This is awesome.

Use Sodachrome for all kinds of work. I imagine everything crazy going perfectly well with it. Especially when using manual techniques (e.g. screen printing, risography, etc.) in combination with bright colors, fabulous results are ensured.

Sodachrome was designed some years ago, but it was only in 2012 that it became part of House Industries’ Photo-Lettering service; and I think there is really no better place for it. Leveraging the power of Photo-Lettering, designers will not have to go out of their way to achieve dazzling, chromatic effects. The Sodachrome experience is clear from the beginning … and users rejoice.

Finally, the name is just perfect! Sodachrome! No other typeface could be named like that.

When (1) and (3) are overprinted with semi-opaque inks, (2) is the result. (4) is both printed in a solid color. (6) shows the sans extracted from the overlap of the two shapes. 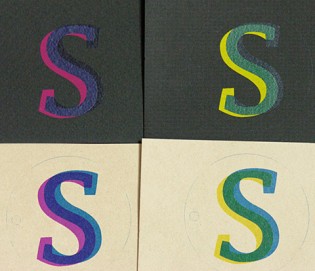 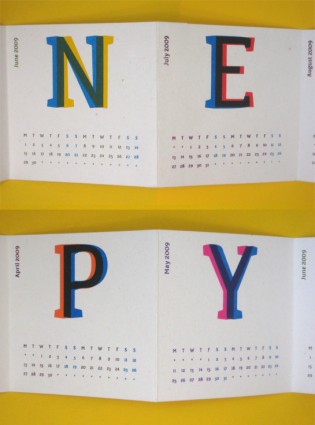