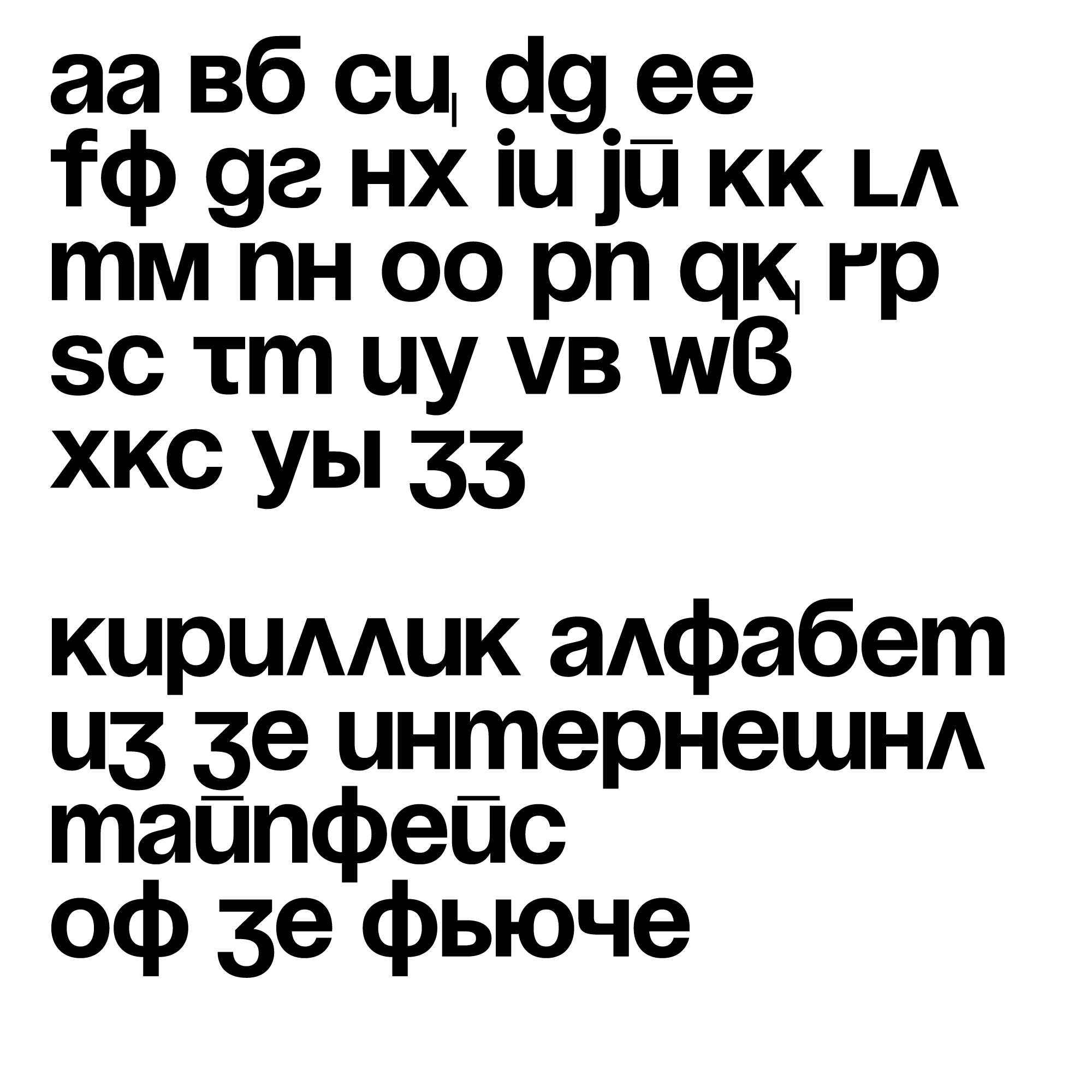 When taking a train from Western Europe to Russia, one pauses for an extended layover in the Czech Republic village of Brest while the train’s crew refits the wheels to navigate Russia’s wider-gauged tracks. In 1963, in a not-altogether-different technical realignment, Maxim Zhukov and Yuri Kurbatov brought Helvetica east to the Soviet Union, allowing it to be used amid the Cyrillic-wielding Second World. Because it was an unofficial interpretation, and there wasn’t much dialogue between the two regions, their version eventually fell out of use and was replaced by official sources.

In 2017, Roman Gornitsky (in a classically Russian, permissionless manner) took Zhukov and Kurbatov’s import, digitized it, and retrofitted it back in the other direction. The result is Soyuz Grotesk.

Other scripts constantly try to figure out how to adapt to fit the models set in place by Latin. Hebrew designers ask “What is italic?” or “What is bold?” because software defaults to that quadrant. Thai designers are forced to consider “What is a serif?” or “What is uppercase?”

Some of the most interesting queries posed by Soyuz Grotesk are the ones that get asked when Gornitsky, in a clever bit of reverse-translation, draws in a brand new Latin. These glyphs pull heavily from motifs traditionally found in Cyrillic. Many of the ascenders and descenders are removed. The lowercase r is a backwards squished ч. (Cyrillic users — type designers and otherwise — spot similar bastardizations so often in the wild that there are multiple online support groups for them.) The z takes a shape that integrates the з, nodding to their similar sounds (though ignoring the meaning of the IPA glyph in the resulting shape).

And, in a surprise twist, it finally gave me a Helvetica I wouldn’t mind using.

Read about Gornitsky’s decision process, as well as the history of Cyrillic Helvetica. It’s worthwhile.