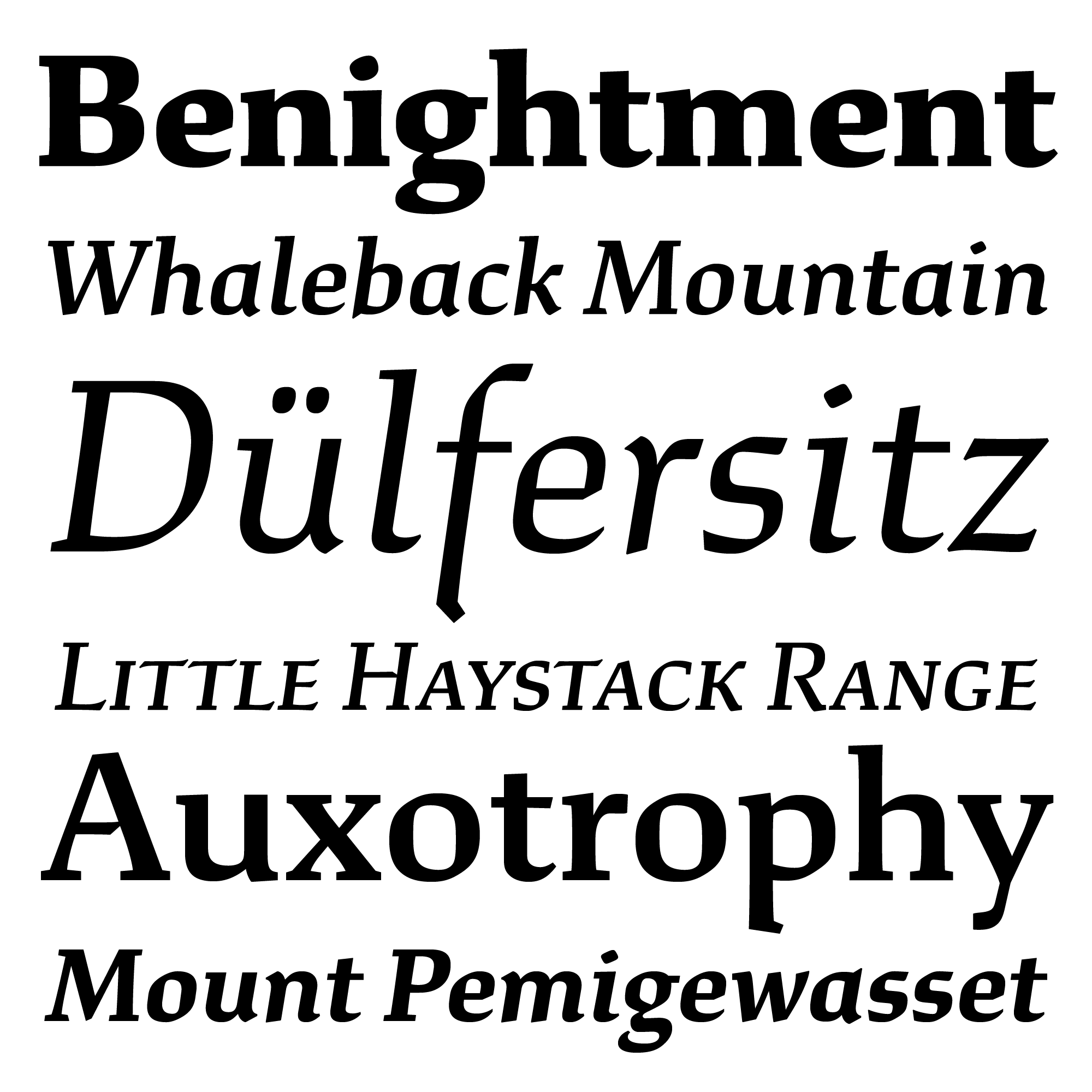 On the first day of [email protected], our instructor, Jesse Ragan, passed around some materials: a syllabus, a diagram of type terminology… I was going to learn type design! In New York! With a designer who had worked on Gotham! And what was this typeface on all of the handouts!?

The typeface was Study, and, as we worked on our own revivals, Ragan talked to the class about the process of designing it. Because of this, Study has always been the benchmark “revival” for me, and it is so deserving of that spot. Revival is in quotes because, as Ragan states in his excellent post about the design process, Study is “neither a translation of an analog font nor a pastiche of historical reference.” The direct source for Study is a hand-lettered print from Rudolph Ruzicka’s Studies in Type Design, a portfolio of ideas for typefaces.

Ragan picked up where Ruzicka left off, bringing the concept to fruition with tons of research and respect for the original material. Years later, when I had a chance to look at the actual Ruzicka print that the typeface is based on, I realized that there’s also a lot of Jesse Ragan in Study, and in particular an elegant embrace of the digital medium that the typeface lives in.

What I find most fascinating about Study is that it feels somehow calligraphic, metal, and digital all at the same time. That’s not to say that it exists in a mushy middle ground. The calligraphic notes are strong, evident in the gestures, stroke endings, and overall contrast. If you look for touches of engraving and metal type, they’ll jump out at you immediately in the organic but crisp curves that make fast turns before flattening out and then quickly changing direction again. Or in the serifs. Or in the moments where stems meet serifs. And as for the digital, the clear and steady texture in paragraphs, the even color, and the self-evidence of the heavier weights — far bolder than Ruzicka’s lettering but still a perfect fit — all point toward Ragan’s ability to translate this concept into a design that is ultra useful today.

Now, as an instructor at Type West, I often show Study to students when they are working on revivals and feel stuck between inky-looking traces of their scans and super-straight edges that are clean but have lost the spirit of their source. I have a feeling Study will stay with many of my students the way it has stayed with me. 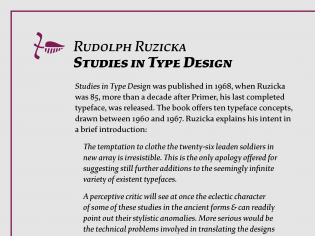 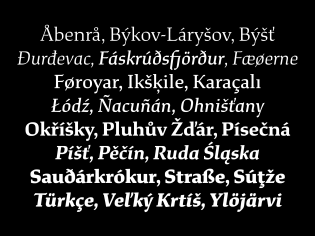