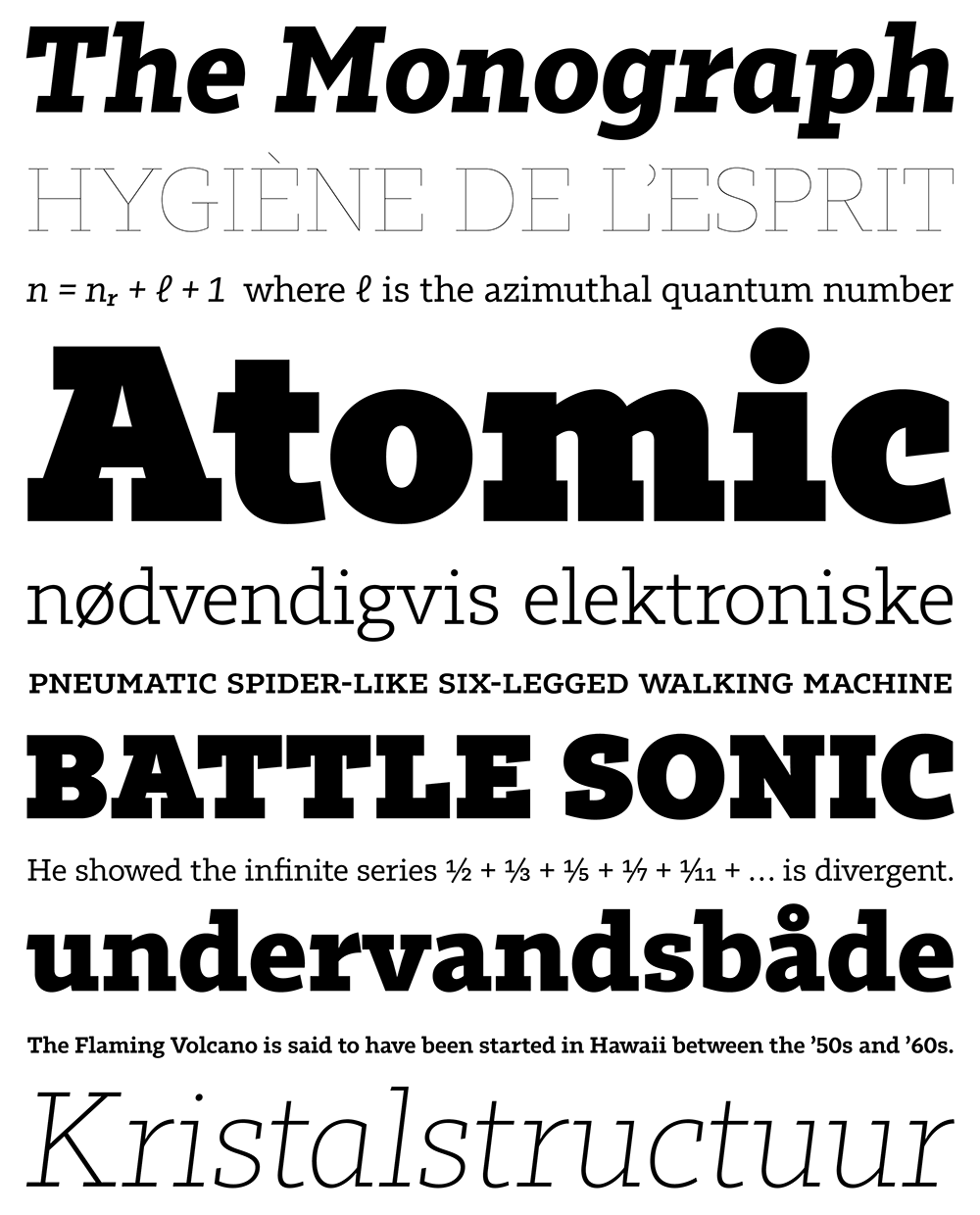 I’ll be the first to admit that my attention is always drawn to new slab releases — especially those that are part of a superfamily — so it’s no surprise that Tomáš Brousil’s Tabac Slab caught my eye.

The relationship between Tabac’s slab and sans is so close, the serif can seem more of a distant cousin than a sibling, especially when looking at the high-contrast oldstyle forms of Tabac Grade 1 Bold, which at times feels like a more legible version of Paul Barnes and Christian Schwartz’s Dala Floda. (Also of note is Tabac Mono, which shared a 2012 release with its slab brother, and clarifies Tabac’s status as a truly robust type system.)

Perhaps the creation of Tabac Slab was inevitable. Looking back on the sans (released in 2010), that bracket on both cases of the ‘c’ feels like the first steps towards a slab variant. However, Tabac Slab is so much more than an exercise in taking the sans and soldering on bracketless serifs. Besides the various stylistic alternates present in other Tabac fonts, the slab sports two stylistic sets that convert uppercase type into text between two horizontal lines or within a negative black box, each bookended using squared, rounded, or curly parentheses. Along with the typeface’s overall personality, it’s these little technical extras that suggest the slab is more intended for display uses.

Tabac Slab takes on an almost playful character at its black weights, not unlike FF Unit Slab Ultra. In fact, there’s an inherent playfulness with the entire Tabac superfamily, and perhaps this is why it’s endeared itself to so many designers and garnered so many awards (including a European Gold Award for Best Original Typeface for both Tabac and Tabac Sans). Surely it’s only a matter of time before Tabac Slab — and perhaps the mono — earn similar and well-deserved praise.

Elliot Jay Stocks is a designer, speaker, and author. He is also the founder of typography magazine 8 Faces and, more recently, the co-founder of Viewport Industries. He lives and works in the countryside between Bristol and Bath, England. 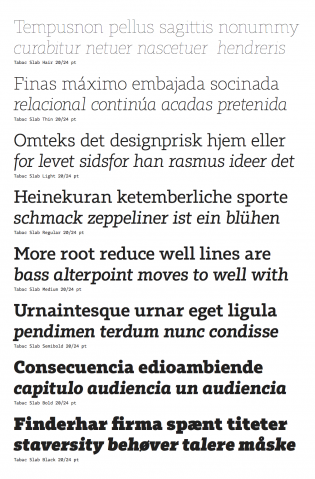 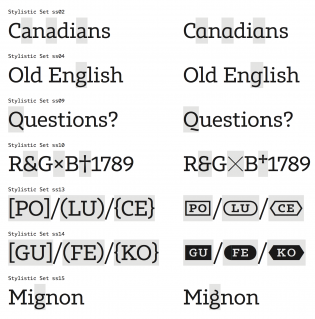 Type can be converted into block texts between two lines or in a negative black field.