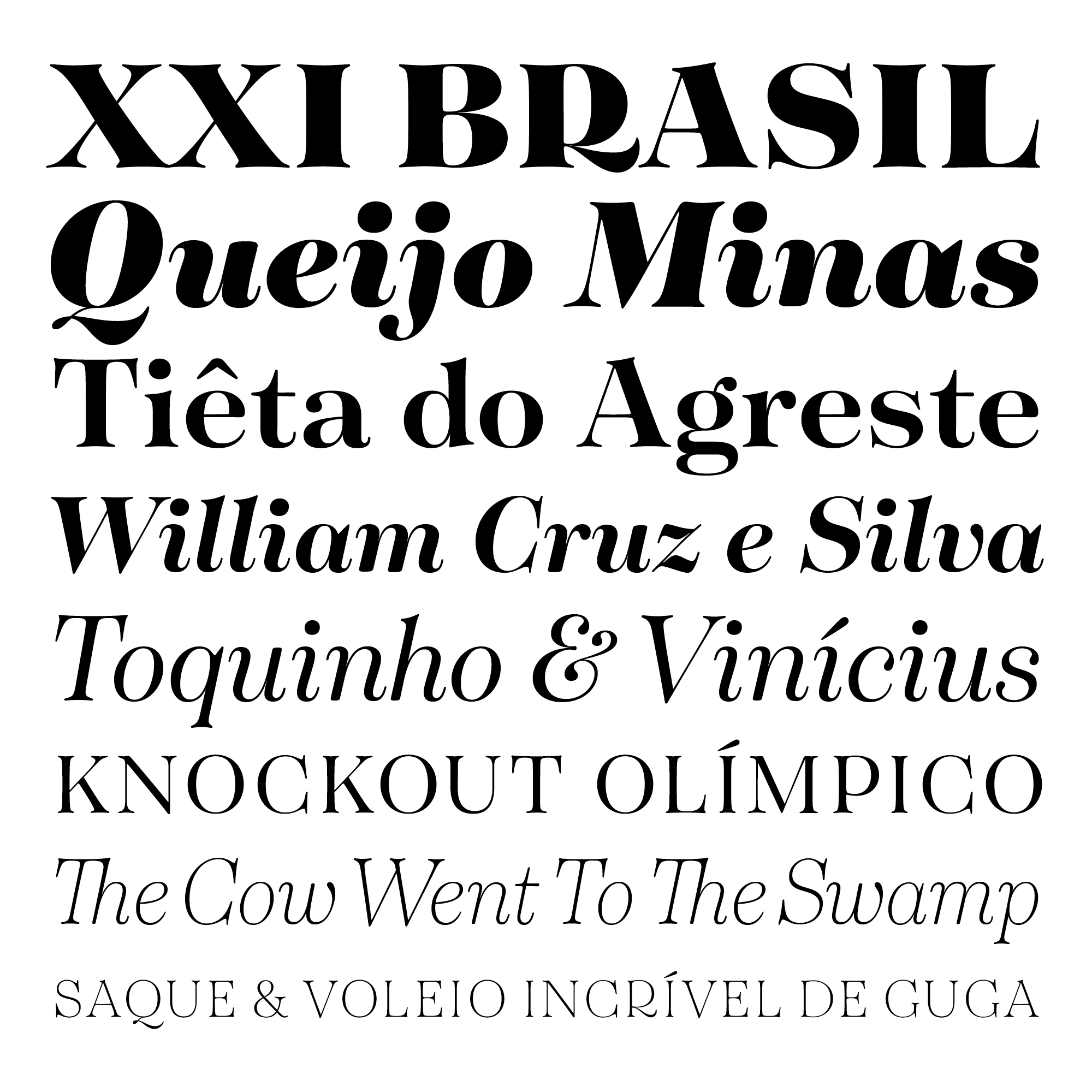 It’s curious to me that in a global type scene, my two favorite releases of 2015 are both Brazilian: Rodrigo Saiani’s Tenez and Fernando Mello’s FS Brabo. The relative lack of type tradition in Latin America could be considered an advantage for designers, who necessarily create typefaces that express their present time and surroundings.

Like a Brazilian megacity, the design of Tenez brims with vitality. The typeface family had a sound launch campaign: it coincided with Wimbledon, and Saiani created a web specimen featuring the tournament score in real time.

The typeface takes its inspiration from Didone models, but Tenez contains much more life than Modern / Rational types. Saiani selected ingredients from different styles and mixed them successfully. The elegant extreme contrast in the Black weight can be seen in other Didone designs like Lust. And the wavy baseline and round stroke endings are reminiscent of typewriter faces. This surprising mixture of references is what makes Tenez unique.

The roundness of the letterforms and the long curved endings in the italic cuts give an unusual calm to the movement of the strokes. These playful shapes have a reference in cursive typewriter letters, which enthusiasts of the machine still use for typecasting.

Every typeface family has “spoiled children” — glyphs that make you love a design and not just like it. The charm of the uppercase ‘R’, with its almost horizontal tail, is visible at first glance, but Tenez is full of beautiful curves and subtle design details. To mention a couple: the italic lowercase ‘f’ is music to me, and the folded spur of the numeral ‘2’ marks the peak of this typeface’s organic shapes.

Tenez is a crafted typeface family. The letterforms are not constructive structures, but rather shapes that have been molded like clay figures.