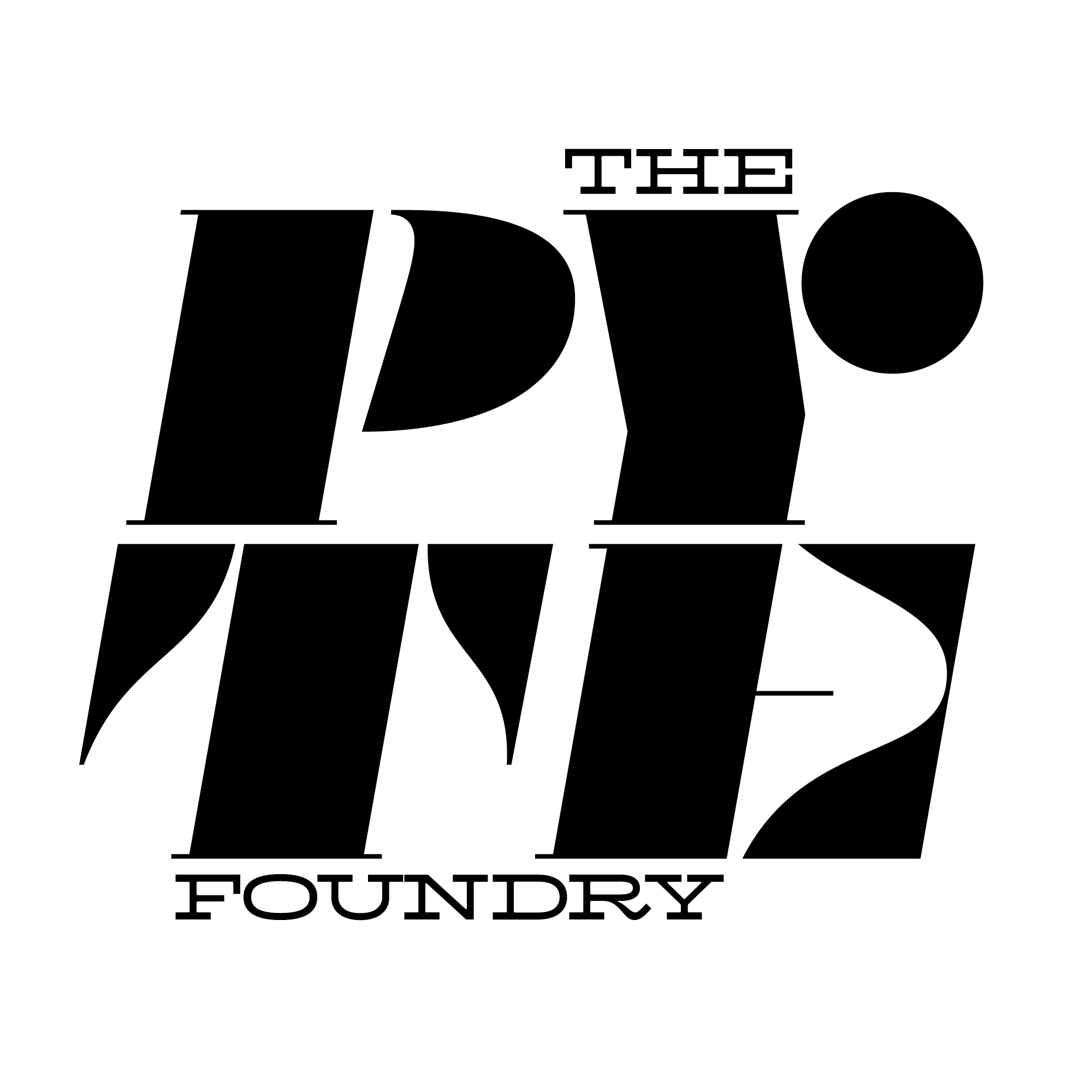 This is not a typical typeface review. It’s a review of a whole foundry. I don’t know why I took it upon myself to review fifty-two typefaces instead of just one, but I feel it’s necessary to review them together. These fifty-two typefaces gave me much joy in 2016, and I want to give some of that back to their creator.

Stefan Ellmer (also known as Ellmer Stefan, following the Austro-Hungarian name order) is an amazing designer. Thanks to his contributions, 2016 was a special year for type.

In late 2015, Ellmer set out on a quixotic journey: he decided to release a new display typeface every Monday in 2016. And thus The Pyte Foundry was born.

An ambitious goal! But not only that. The Pyte foundry operated according to the following rules:

I was hooked from the very beginning (and I was not the only one). Every Monday, the first order of business was to download the latest Pyte release. No matter how weird the design, it was mandatory for type nerds to have it — and Pyte rarely disappointed.

Ellmer knows that drawing type takes time, usually much more than seven days. To reach his goal of releasing a weekly typeface, he devised a system that makes heavy use of components. Flipping, rotating, and scaling simple shapes can produce amazing results in relatively little time — the alphabet, after all, is a modular system. As Ellmer states on his website, the process is not new: William H. Page used a modular approach for producing wood type in the early nineteenth century. (One feature not found in wood type is nested components, which allow a simple shape to be used to build more complex shapes, which in turn can be reused to create even more intricate ones.)

Ellmer told me that his friend Johannes Lang encouraged him to use this workflow on a grander scale, and Lang is credited for helping out with “Python-powered transformations” for various releases. Reflecting on the experiment, Ellmer sees many more “Pytography” possibilities:

In the aftermath, I even feel that I did just scratch the surface of that component-based approach — massive potential still to be realized. I guess at some point I will revise the setup…

Design modules lend themselves mainly to uppercase letters, which are more uniform than lowercase letters. That’s why most Pyte releases either contain only capitals, or use the lowercase slots for cap alternates. In my opinion, that is a totally legitimate approach. 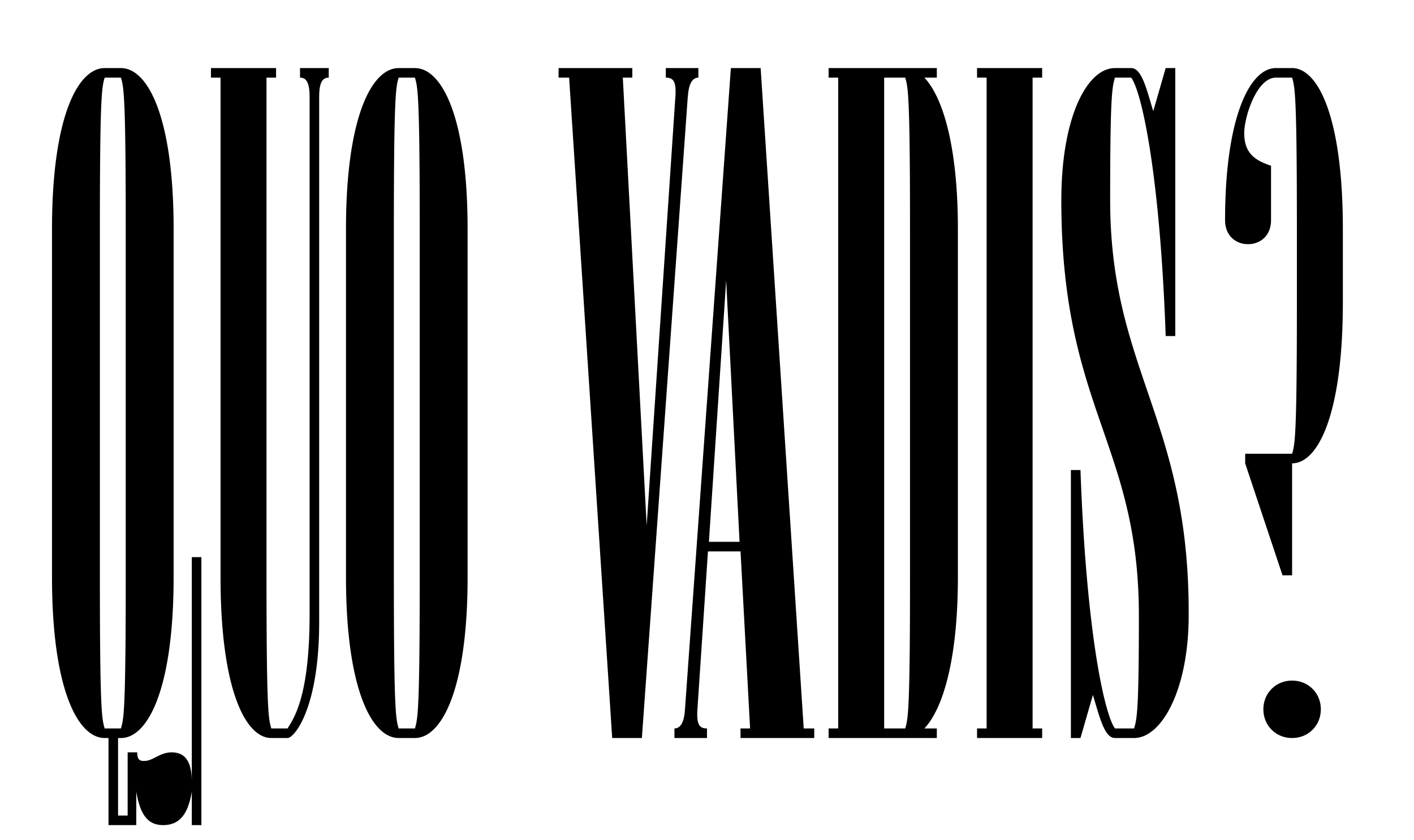 Hm. I should consider writing another article: “The ampersands of Pyte”. They’re all great!

Beggars can’t be choosers, but this review shall not only be praise. I wish the following glyphs had been included in the Pyte character set:

I can see why they’re not — they don’t necessarily have the modularity required for the Pyte drawing method. Maybe they can be made available as paid upgrades.

Today, the average font consumer is no longer surprised to see a given foundry release a typeface per week. Pyte may be seen as just another one of them. But there’s no need for comparison with any other foundry. Pyte does not compete. The brilliance of ideas and creativity is unparalleled, and Pytefaces simply cannot be found elsewhere.

I’d like to congratulate the Pyte foundry for a successful 2016, and I hope it can live on — in whatever form. For now, it’s good that the Pyte foundry is taking a break. Consider the health of its sole employee:

The release for week 38 (Radiator Italic) was drawn from scratch in utmost panic (after a lot of “Fuck-that-whole-Pyte-shit” back-and-forth) on Monday evening, finished at 23:05!

If you enjoy the Pyte foundry, or simply have a good sense of design and taste for excellent drawing, consider the (still working) Donate button. A suggested amount would of course be any multiple of fifty-two.

And if you collected all Pyte releases (as I did), or even used them, consider the button even more!

From the Pyte foundry mission statement:

Paying tribute to the typographic diversity of the nineteenth century, this project’s aim is not historical accuracy — none of the typefaces are strict revivals of specific typefaces produced in the Victorian era. It is rather a “revival in spirit” indulging into stylistic manifoldness and idiosyncratic hyperbolism. 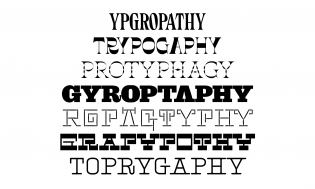