The first time I saw Tomasa, I was thunderstruck. “I wish I could design like that!” I thought to myself. The free-flowing forms that Argentinian designer Fernanda Cozzi — a.k.a. Fercozzi — managed to squeeze into the typeface are quite remarkable. Some part of me expected it not to work as a system, but Fercozzi threads this needle well; her Tomasa manages to be equal parts expressive and usable.

For a single-style typeface with uppercase only, Tomasa is more versatile than it might seem at first glance. Each of the letters has four stylistic variants and there are just enough clever ligatures so it’s not too over-the-top. OpenType features programmatically cycle through the variants to avoid undue repetition, making Tomasa that much more useful.

Anyone who is from or has lived in Spanish-speaking countries will be familiar with the concept of perreo. It’s a word that describes how we dance to rhythms like reggaeton or funk carioca, and it’s one of Fercozzi’s stated influences on this design. The way perreo flows through Tomasa is palpable: the glyphs seem to be letting loose and going hasta abajo, or getting down. If one were to animate the four variants of any letter — C and S come to mind — they would look like they’re giving it their all on the dance floor.

This rhythm flows from the letter to the word as your eye moves up and down, following the varying sizes and positions of the counters. Fercozzi really came up with a unique system here, mixing upper- and lowercase constructions, horizontal and vertical emphasis, sinuous curves and sharp serifs in a way that shouldn’t work, but definitely does.

Unlike a lot of display types, Tomasa doesn’t phone it in when it comes to character sets. Fercozzi took great care to include the four alternates for caps beyond the basic twenty-six letters so our Nordic friends can enjoy its versatility, too. There are two designs for the figures and @ symbol, and three ampersands (because one can never have too many ampersands).

Beyond the alternates, you can expect to find everything you might need in Tomasa, from fractions and symbols to very broad language support. (In 2020, Tomorrow released a Cyrillic variant, so the family now supports that script, too.) I’m especially in love with the section symbol (§), the hryvnia symbol (₴), and the lovely little trademark symbol, which ligates the letters with the stroke below it.

If you like expressive type, Fercozzi really deserves to be on your radar. This young foundry’s library keeps growing and improving, and Tomasa is a crowning achievement in a career that is just getting started.

Álvaro Franca is a type designer, lettering artist, and graphic designer from Rio de Janeiro, Brasil. He has a master’s degree in typeface design from EINA in Barcelona, and a certificate from the Expert Class Type Design course at the Platin Moretus Institute in Antwerp. He founded the Barcelona chapter of TypeThursday and splits his time between running Naipe Foundry and working at Vasava Studio. 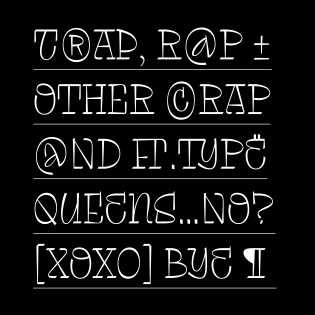