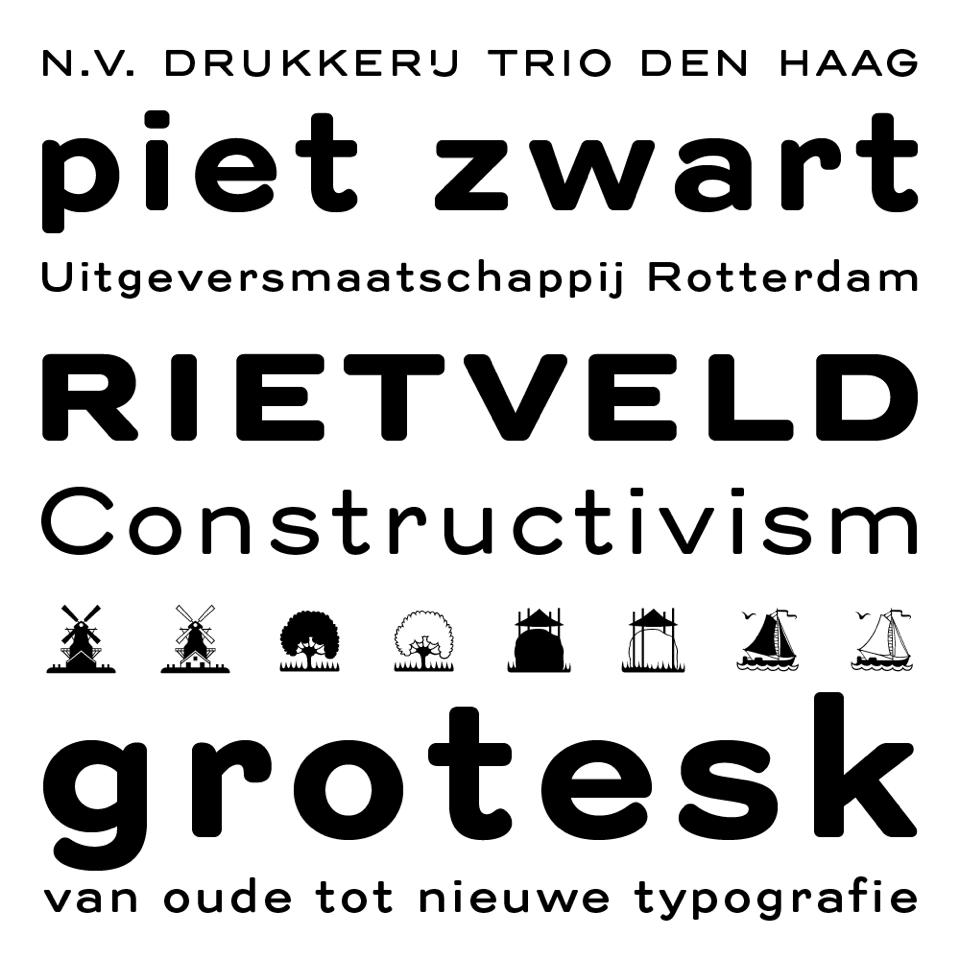 I’m a sucker for certain old typeface and lettering styles (big surprise). There is something charming about the straightforward letter drawing practiced by earlier generations when what was called for was a “plain” style. There was a correct way to draw such letters: Simple skeletons with a minimum of style.

When they were freshly made, they probably did look very plain. But lack of style is an illusion. There’s no getting away from it. Tastes change and, as time passes, what was once seen as neutral becomes pegged to a particular moment in time and takes on the patina of history.

Trio Grotesk is Florian Schick’s revival of Kaart Antieke (1909), a face that I’m sure was intended as a plain type to be used for very ordinary purposes. Its wide proportions and generous spacing would make it a good choice for small sizes. The caps remind me of American faces like Sackers Gothic and Copperplate Gothic, but the lowercase letters have more of a European feel, reminiscent of the typefaces of Jakob Erbar and the tiny lettering on old cameras and watches.

With the inclusion of useful features like small caps, dingbats, and different figure styles, it looks like it would be fun font family to use. As a type designer, I don’t get to use fonts as much as I used to. Trio Grotesk makes me wish I were still an art director.