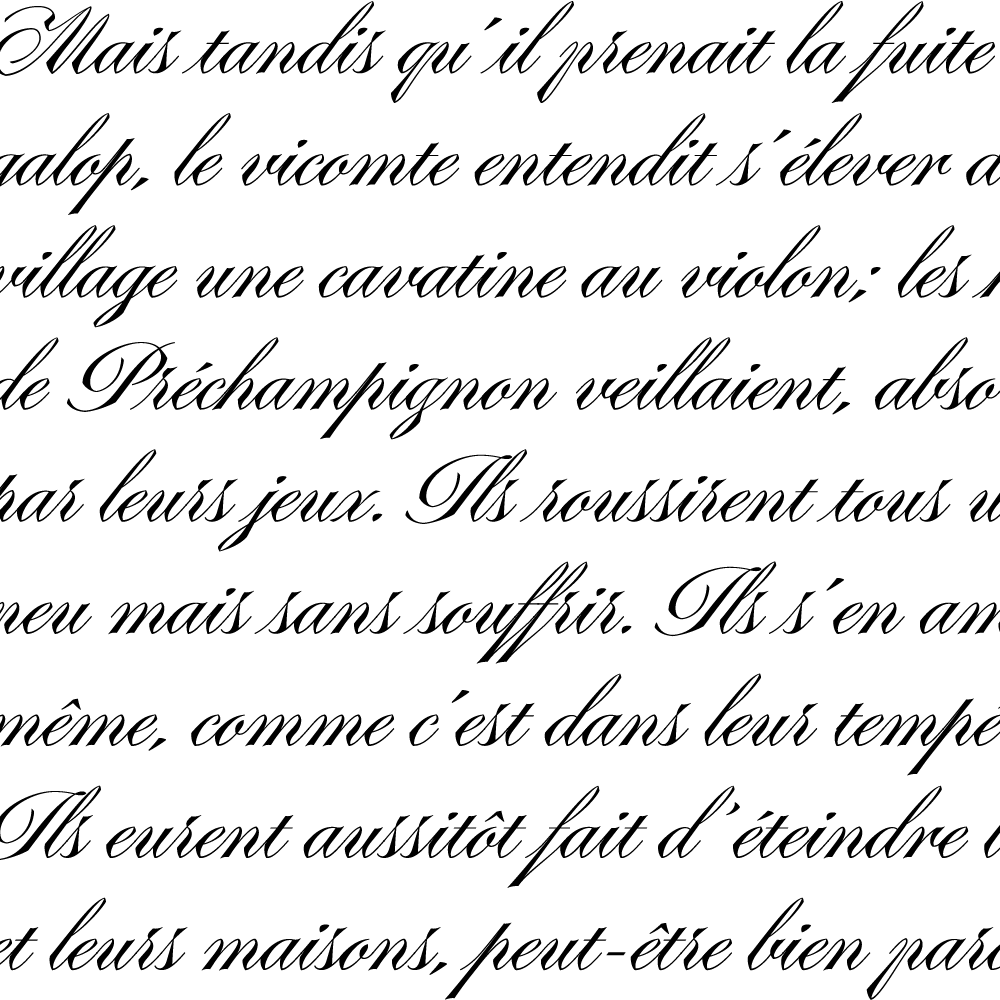 It’s always refreshing to see someone take a familiar form and do something completely unexpected with it, particularly during the current flood of new script types reminiscent of calligraphy and sign lettering. Joachim Vu has rethought a historical script in an intellectual experiment: What happens when the elegantly smooth copperplate Roundhand is expressed as a vigorous woodcut? What is the outcome when the engraving tool determines the character of the design, instead of subserviently replicating the quill?

The result is George Bickham-meets-Rudolf Koch — and it’s stunning.

What I really like about this design is that it’s not just another swash-laden revival (Vicomte FY contains very few alternate characters, nor does it need them), but a concept that combines two historically disparate personalities and creates a truly unique face. It sets the reader up with the expectation of a 19th-century Roundhand and then surprises with an energy that spits, sputters, and crackles. The caps in particular look like they’ve been carved out of wood or cut from paper. Each one is a controlled riot of tension and release. This is a script type that’s invigorating, engaging, well executed, and never boring.

Mark Jamra is a type designer and professor of graphic design at Maine College of Art in Portland, Maine. He has designed and produced typefaces for over thirty-five years, and runs TypeCulture, a digital type foundry and educational resource. He is also a partner of JamraPatel, a type design studio specializing in typefaces for the writing systems of underserved language communities in the US and abroad. 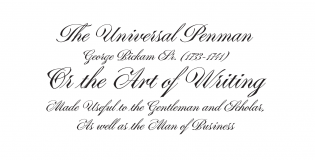 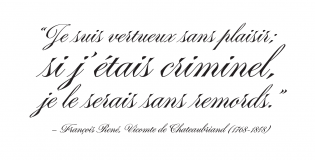 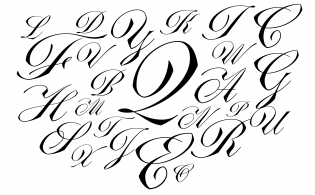