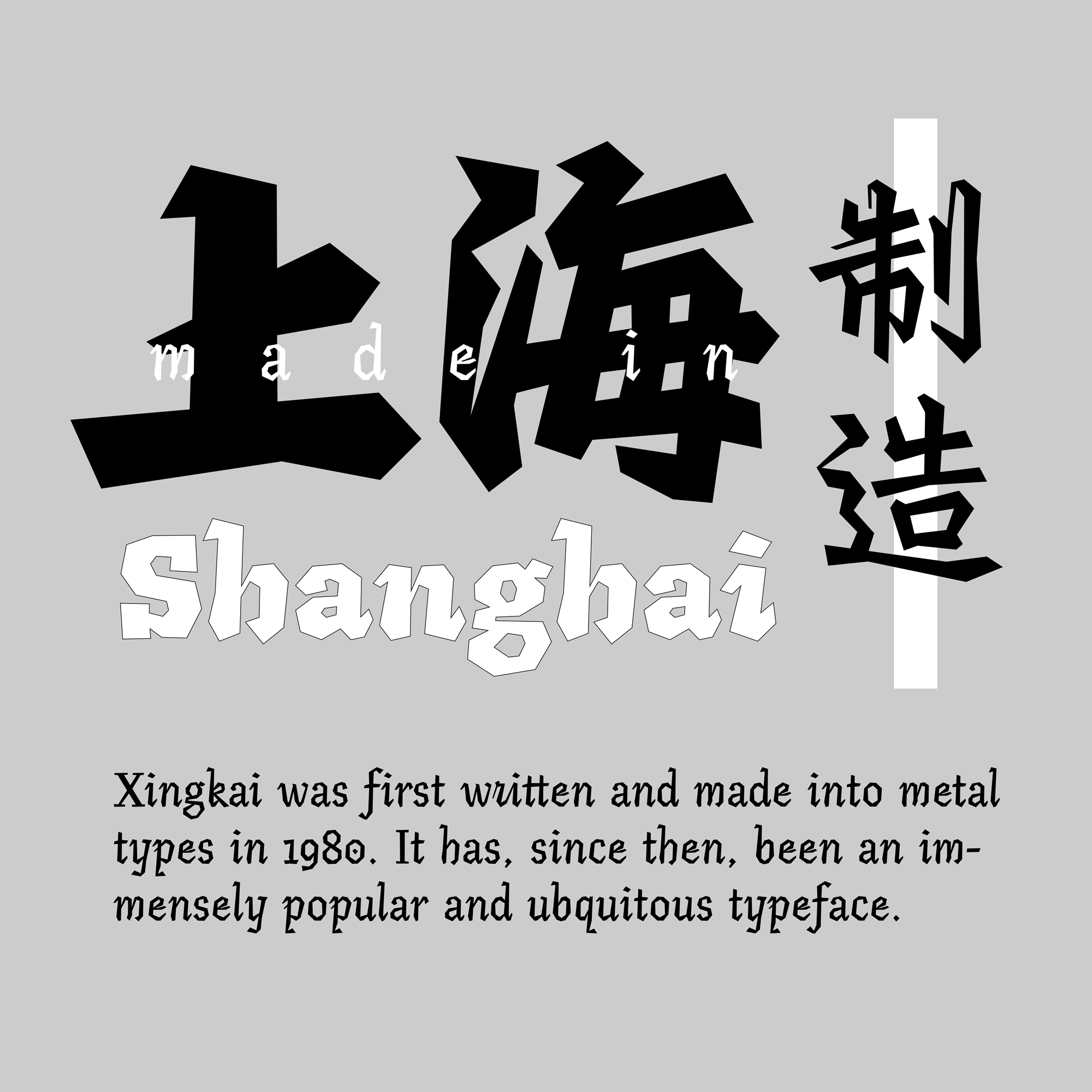 Xingkai Next aims to find a place for a classical calligraphy face in contemporary graphic design.

Xingkai is a popular calligraphic typeface designed by Ren Zheng in 1980, inspired by the calligraphy works of Wang Xizhi in the fourth century. It has been digitized by numerous foundries and has appeared in all corners of China. While the design is indisputably popular, it is showing its age in various ways, not the least of which is an old-fashioned aesthetic that struggles to find a place in modern graphic design. Instead of dismissing it as mere antiquity, the designer Li Zhiqian decided to make a completely new typeface out of it.

While Xingkai Next may be a revival on paper, the design seems to have a particular interest in the positive and negative shapes that the brush creates, and puts more emphasis on the contours while still respecting the brush movement. The abandonment of a real brush has the benefit of catering to the aesthetics of modern graphic design better, as well as making it easy to expand to multiple weights, where before there was only one. I am particularly fond of the heaviest weights, which perhaps no longer belong to any Xingkai category but its own. Zhiqian also revised the relative size and vertical position of each letter that was problematic in Xingkai, and made the texture look less jagged.

One of the often-overlooked aspects of CJK typeface design has been its mandatory Latins; in the past, Xingkai was matched with existing serif and script faces that did not work well with it at all. Xingkai Next is accompanied by a bespoke Latin that shares its aesthetic.

Much in the way Zheng respected the old classic and created something new in 1980, Zhiqian respects its legacy and keeps it relevant with its crisp shapes and greater utility. I hadn’t expected that Xingkai could be this fun.

Toshi Omagari is a freelance typeface designer in London. He has studied typeface design at Musashino Art University in Tokyo and the University of Reading. During his eight years at Monotype, he designed a number of revival typefaces such as Metro Nova and Berthold Wolpe Collection. He specializes in various scripts including Greek, Cyrillic, Tibetan, and Mongolian. 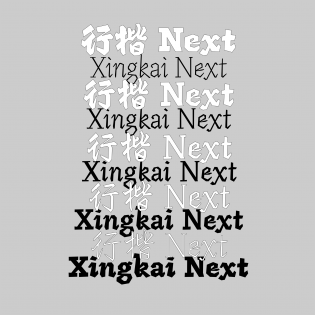 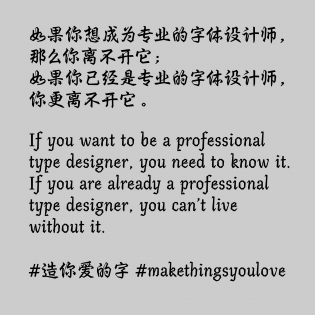 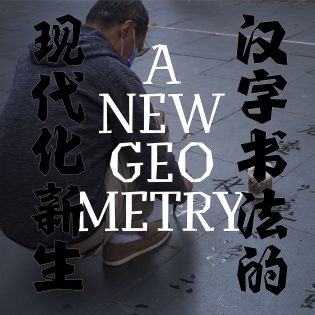