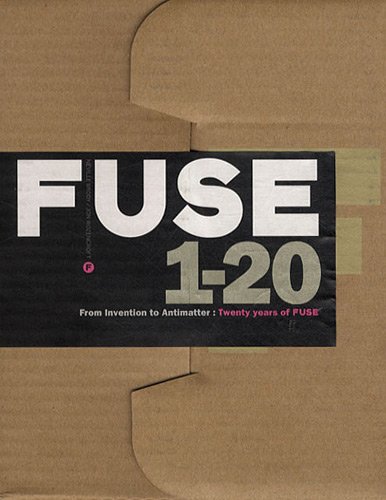 In many ways, it’s just the right time to revive FUSE, Neville Brody and Jon Wozencroft’s experimental publication on fonts and typography. 2012 and 1991 (when FUSE was first published) share many parallels. We’re reaching another turning point in the conversion from analog to digital, the bar for entry in modes of production has lowered, and an increased enthusiasm for expressive design has taken root in some circles.

E-readers, high-definition screens, and cloud computing are all changing the way we read and communicate, placing us on what feels like the precipice of a significant change in the digital and printed word. (Or maybe it’s a slow creep that feels like we’re constantly on a precipice.) Regardless, I do think this sensation goes beyond a constant sense of groundlessness, and extends into something uniquely of the moment. Today’s possibilities created by an increased interest in the means of production mirrors very much what FUSE was responding to 21 years ago. The expanding accessibility of font production in the early ’90s led to rule-breaking creative acts, and so do the new parameters of today’s design world.

Some may find it a bit too soon for many of FUSE’s experiments to be terribly rewarding. For instance, much of the aesthetic feels very ’90s. And some of the experiments betray Brody and Wozencroft’s loftier goals. M&Co’s “What the Hell”, in which a single stroke on the keyboard types an entire word, seems like much more of a novelty than a significant questioning of the keyboard’s function.

Still, the exploration and freedom that the publishers exhibit is undeniable and exciting. The conventions upturned in FUSE are prescient in their definition of new standards.

It is also interesting to see where the type designers featured in FUSE are today. Tobias Frere-Jones’ work with fonts like Reactor – a typeface inspired by a burning building and its ruins, in which the lowercase letters contain copies of other characters that extend beyond their margins into the neighboring characters adding variable levels of distress that increase the more type is set – betray expectations created by the formality and practicality of Hoefler & Frere-Jones’ commercial work today. Erik van Blokland’s contributions are less unexpected, given his reputation for experimentation, but act as a wonderful window into his earlier work. It’s great to see lesser-known projects by seminal designers, as well: Paul Elliman’s multiple contributions, for instance, act as complements to his greater body of work. Unexpected contributors appear, too. Peter Seville with “FloMotion”, something reminiscent of FF Blur, and Bruce Mau’s puzzling entry for FUSE 18: Secret, were both nice surprises. As were Lucas DeGroot’s pornographic illustrations in “Move Me MM”, part of FUSE 11: Pornography. I assumed Erik Spiekermann’s role in the magazine was much greater, but it is almost non-existent, except for his contributions to FUSE 3: (Dis)information.

FUSE originally consisted of 18 issues, published and distributed by FontShop. Each issue was packaged in a cardboard box with an accompanying floppy disk of fonts that were used in the posters which composed each issue. FUSE 1–20 presents a synopsis of issues 1–18 in book form, reducing the posters to pages, and a digital download presents you with a selection of the fonts within the volume. FUSE 19 and 20 are new issues commissioned for the retrospective and are presented as posters. As far as I know, this is their first physical manifestation. While the production has obviously received a lot of attention, there is still something wanting when compared to the original issues. Furthermore, there are some tragic losses which occurred due to the short life span of floppy disks, which in some cases were the only records of the publication.

Overall, FUSE 1–20 is a welcome contribution to today’s design landscape, acting as a well-timed reminder of the circular nature of progress, and an important artifact of the controversial designs that led to many of today’s conventions. 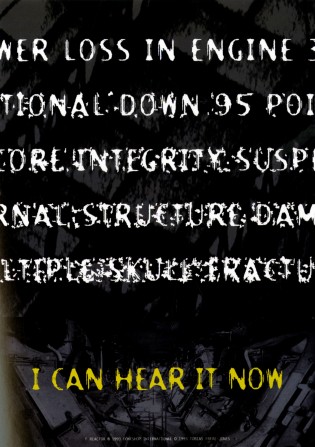 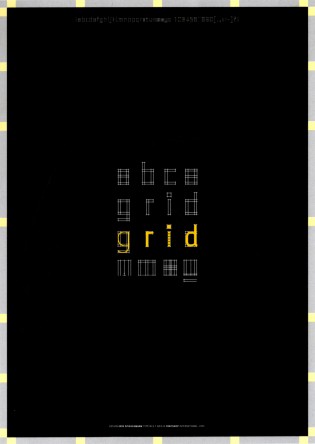